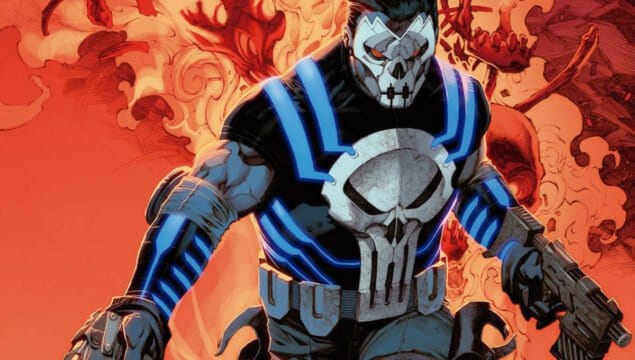 Daredevil has become a fan favorite since his inclusion to the Netflix roster, but he has yet to really step fully into the MCU on Disney+ or on the big screen. No, Ben Affleck’s failed attempt does not count, since this was well before the MCU, which a lot of people are grateful for no doubt. But it’s fun to note that Daredevil does come with a lot of his own enemies, some that are shared with other heroes and some that actually are counted as heroes. Daredevil has amassed a pretty good number of enemies in his time, but some of them have taken him to the limit a time or two as well, and there have been moments when it’s actually looked as though Daredevil might have possibly lost an encounter. Being an expert fighter and relying on a sonar sense that allows him to move about as though he’s still in full possession of his sight makes this guy a dangerous individual, but as a result, he’s also been targeted by some of the most dangerous opponents possible.

Here are a few of the deadliest villains that Daredevil has taken on.

Technically the Punisher isn’t a villain, but he and Daredevil have rarely been on good terms with each other, and usually each time they meet up it means a fight is coming. But while Daredevil is a much more skilled fighter than Frank Castle, Frank is tough enough to take a beating and has even managed to get one up on Daredevil now and again as he’s beaten the man without fear a few times when they’ve met. Daredevil doesn’t approve of Frank’s methods in the least, as many heroes don’t, but now and then one has to admit that the Punisher does get the job done and manages to make sure a few of the bad guys don’t come back.

Elektra and Daredevil have a pretty long and complicated history, but she’s gone from being a villain to a kind of anti-hero throughout the course of her time in the Marvel universe, while Daredevil has pretty much stuck as a vigilante and possible hero. These two have fought a number of times and it’s kind of easy to see that they’re fairly evenly matched, but a lot of times Elektra would come out the victor since Daredevil’s feelings for her tend to get in the way and muddy the waters. But if it really came down to a deathmatch it’s fair to say that Elektra would still give Daredevil a good run.

The reason this character is so deadly is that it’s tough to predict with of her three personalities is going to come out at any given time since, between Mary, Typhoid, and Bloody Mary, all three have massive issues. But depending on which personality is dominant at any given time she might also have control over a small array of psychic powers that could really mess Daredevil up if she were in control at all times. It also doesn’t help that this is another woman that Daredevil was romantically involved with at one point, since the idea that she knows him on an intimate level isn’t exactly a big help.

This is probably one of the more deceptive enemies that anyone in the Marvel universe could claim since Wilson Fisk, aka the Kingpin is a lot more dangerous than he looks. He does appear to be kind of a big, heavyset individual, but that hides away the fact that apart from being a crime boss, he’s also incredibly strong and agile, and has put Daredevil down in the past, and has done the same to the Punisher. This villain has even given Spider-Man a slew of problems in the past since he’s simply that strong and he is an intelligent individual as well, so he knows how to do more than just fight.

Bullseye is one of the deadliest enemies that Daredevil has since he’s psychotic and he has the tendency to never miss a target, even though Daredevil has made that happen a time or two. But against just about anyone else, Bullseye is bound to be more than a challenge since he can turn just about anything into a weapon and his accuracy is insane. Despite being a street-level villain he’s still one of the last people that anyone wants to meet up with since he’s bound to be more than a handful and unless a person can fight, they’re bound to go down quickly. The fights between this villain and Daredevil have been epic in the past.

Daredevil has quarreled with several heroes as well as villains, but more often than not he’ll let the vigilantes he doesn’t like off with a warning, or at least a harsh talking to.