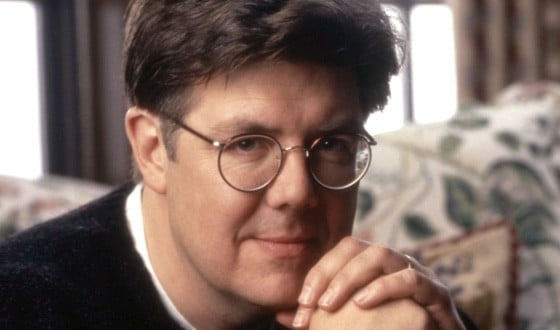 If someone were to ever write a book or article that tried to explain the 80s in depth, there would have to be an entire chapter or section devoted to John Hughes. I just don’t think it’s even possible to leave the guy out. If there’s anyone who understood high school life and told the story of teenagers in that time period it was certainly Hughes. And not only just teenagers, life in general.

The guy just had a penchant for culture in that time period. After 1990? Well that’s a different subject. You’ve got Curly Sue, Home Alone and then Hughes just lost it (although Dutch was awesome). Drillbit Taylor? In any event, let’s not veer from the true subject which is his 80s genius.Â  It’s a shame that Hughes died so young.Â  I’m sure he would have figured out this generation and we’d have seen some real classics.

Here are my top ten Hughes written (not directed) movies:

Personally I think this film is highly underrated.Â  If you’re looking for vintage Ed O’Neill playing that Al Bundy type of man’s man but who has an incredible heart role then this one is for you.Â  Ethan Embry delivers a great performance as a kid.Â  Plus the beautiful sister from Kate and Allie is in this movie and she plays a stripper. You really can’t mess with that.Â  And you’ve also got Chris McDonald being a bad guy before his days of Shooter McGavin in Happy Gilmore.Â  And Jobeth Williams plays the mom.Â  All around great great holiday movie.

Don’t get me wrong.Â  I didn’t think this was a bad movie by any means.Â  It’s got some incredibly memorable lines but on the whole I don’t think it compares to most Hughes classics.Â  I wasn’t as big a fan of this movie as I thought although it has to be in here simply because of the Ol’ 96er . If you watch this movie as an adult it’s a little child like and not mature enoug. Kind of a Disney movie if you ask me. Still though, watching John Candy in anything is always entertaining.

8. Some Kind of Wonderful

Everyone always talks about Pretty in Pink which I know is a total classic but I happen to like Some Kind of Wonderful better.Â  Eric Stoltz gives a great performance.Â  You can’t help but to fall in love with Mary Stuart Masterson, and Lea Thompson is just awesome.Â  Oh and how about Craig Scheffer as Hardy Jenns (with 2 N’s). Enough said.Â  And here’s a really young Elias Koteas playing Duncan in what I think is the best scene of the movie.

Most people, including me, had no idea that Hughes wrote this movie but when you think about it, come on. It HAD to be Hughes. The scene in the strip club is amazingly disturbing. And how can one ever forget “Chariots of Fire” during the ridiculous race against Teri Garr’s boss played by Martin Mull?Â  My favorite line is when their little kid doesn’t want to give up his woobie and he says to Keaton, “Can I have a moment to myself please?”Â  This movie is just full of 80s greatness.

This is 100% a crowd favorite and will always be a classic movie from the 80s.Â  Starring John Candy as the loveable Uncle Buck.Â  He comes in and changes the lives of his two nieces and nephew (played by an adorable Macaulay Culkin.Â  But I think we all know what the best scene in the movie is.Â  And it’s right here.Â  “Melanoma Head.”

OK we all know how good this movie is.Â  And we all know that Kelly LeBrock looks amazing.Â  We all know that it features a young Anthony Michael Hall.Â  But what’s more is that if only to see Robert Downy Jr. in his youth?Â  He was awesome.Â  Classic flick. Hot girl. Good supporting actress girls. And come on now. Bill Paxton? I think him playing Chet will go down as the best role of his career, bar none.

Here’s another one that surprised me in terms of the writing.Â  Usually John Hughe does more PG type movies but you can tell that Hughes’ imprints are all over the Griswald family.Â  Chevy Chase begins his run as nutty family guy Clark Griswald by taking his family on a road trip to get to their favorite amusement park Wally World.Â  When they get there?Â  The place is closed and Clark goes ballistic. Marty Moose, Marty Moose!

It’s extremely hard to actually use rankings here.Â  Personally I think movies 3, 2, and one can all be number 1’s. It’s tough to put them in order. The amount of memorable lines from these movies is endless.Â  But let’s start with Sixteen Candles which is stamped into the brains of any person over the age of 30.Â  The name Long Duck Dong will always be something we remember and the phrase “what’s happening hot stuff” is still used today.

I gave this one a number two for one reason.Â  Yes it’s a classic but I’m not sure it’s as good as Breakfast Club.Â Â  Again, I’m not saying this movie is bad.Â  It’s amazing.Â  But the staying power in terms of me still being able to watch it?Â  I feel like I can watch Breakfast Club 6 times in one day whereas Bueller only about 5.Â  Again, it was super close but I don’t think Ed Rooney holds a candle to Richard Vernon.

And here’s my number one.Â  “Mess with the bulls and you get the horns.”Â  The amount of memorable lines in this movie is endless and the performances by every single cast member are incredible.Â  This movie is watchable today and will be watchable forever.

Notables that aren’t listed on here are Pretty in Pink, Christmas Vacation, Home Alone, Planes Trains and Automobiles, and….. Drillbit Taylor? The only one of these I thought was decent was Christmas Vacation. Sorry about the other ones.