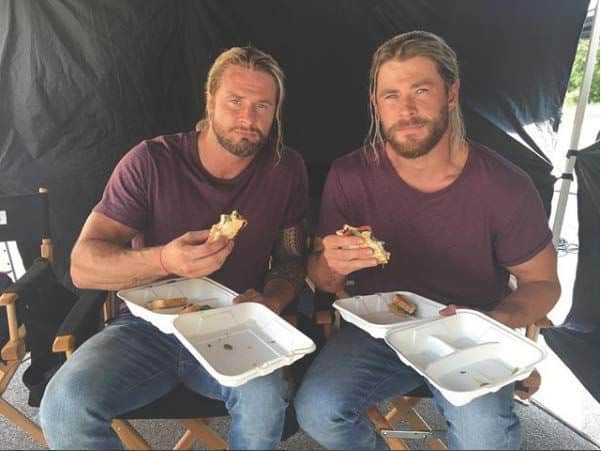 Being a stunt double in an action movie is a personal pleasure a lot of the time if anyone asks them, since a lot of stunt people do go into their line of work because they enjoy it, not necessarily because they think that every safety precaution is going to work. If you watch a lot of action movies then you’ve seen that stunt doubles take some serious hits and in some cases have even lost their lives as a result of certain stunts. It’s not the safest profession in the world and those that go into the field know this and are reminded of it on a regular basis. But the fact remains that stunt doubles are there to make the stunts look credible and even a little more badass since they take the hits that the actors either don’t or won’t and end up making the movie look even better. A lot of actors do actually value their stunt doubles quite a bit since, let’s face it, they’re not just making the movie look good, they’re making the actor look good as well and are making certain that the legend of whatever character the actor is playing is kept intact. There are plenty of videos online that can show just what a stunt double goes through on the job and there are those where a stunt double is sitting with interested individuals that are wanting to know more about what’s going on in the movies. The range of information that a stunt double can give when it comes to a movie is amazing since they’re not just average men and women that are there to take a beating for the actors, but instead are very well-trained and knowledgeable individuals that have been working at their craft for some time, might actually have been actors if they’re not still active in movies or TV, and have a definite degree of intelligence that’s absolutely impressive.

Think of it this way, stunt doubles are walking into a job that will beat them eight ways from Sunday whether they know what they’re doing or not, and will punish them even more if they haven’t a clue on how to take a hit, a fall, or perform even the simplest stunt. Being well versed in how to do the job, trained in how to take a hit, and at least up on the character and the story that they’re participating in, would be a boon to most stunt doubles as it would impact how they treat the character and how they go about their job. The more well-informed a person is before taking on a job the better, since otherwise the movements can come off as stiff, lackadaisical, and possibly unbelievable since without any knowledge of the script or the character a person might have no idea just what’s expected of them. A stunt person doesn’t necessarily have to be a big comic book buff, but reading up on the character they and their actor counterpart are attempting to create on screen would be a hug boon since the movements, the body language, and the overall sense of the character would be wise to brush up on.

On top of that, gaining a sort of rapport with the actor they’re doubling for is important as well, since like it or not, these men and women need to have a connection since they need to look like one another, possibly think like one another (on set at least), and get along well enough to make such a partnership work. A lot of actors do genuinely value their stunt doubles and understand that they’re there to make them look even better since some of the stunts performed are a bit insane and very dangerous. Thankfully it sounds as though they do get paid quite well for what they do, as one can imagine the medical bills that might pile up from time to time. Plus, having the regard of someone that you work with is usually a big bonus, especially when they’re a person that relies on your skills and ability to help out with their image. While a lot of people might disregard stunt doubles in favor of the main actors it’s important to remember that a lot of actors either don’t want to do their own stunts or wouldn’t be allowed to do so since there’s such a huge liability. Actors such as Tom Cruise and Jackie Chan, who’s been doing his own stunts for years, are exceptions since they’ve either produced their own movies or they’ve found away around the producers to make it happen. More often than not however an actor will have a stunt double and that individual will be taking some heavy hits in an action movie. Thankfully their value has gone up throughout the years, as their contributions have been nothing short of amazing.