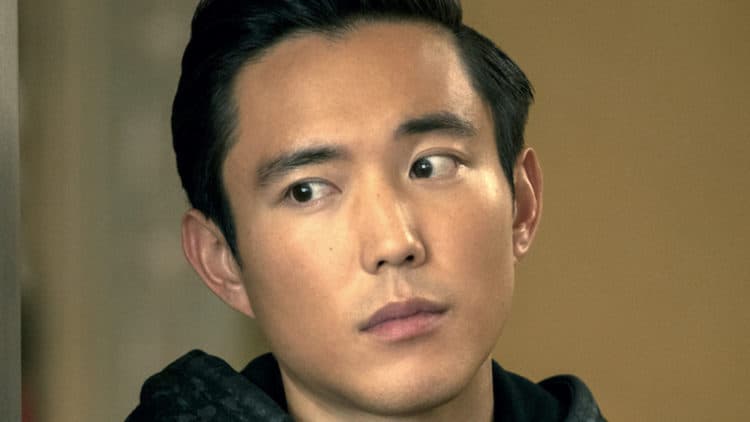 Ghosts don’t typically age or deteriorate, right? Well, don’t tell that to the folks that were in charge of The Frighteners with Michael J. Fox, since those spirits were decomposing throughout the movie. But if Ben is really a ghost then aging should no longer be a thing he’d be able to do, right? It might be kind of difficult to keep him the same age in the show even with digital aging software, or recasting the part with someone that looks a lot like him. But the theory is that Ben is still alive and his body is being held elsewhere, which would make the astral projection of his spirit age just as his body would, since one’s astral projection in the comics is usually a representation of one’s physical form. Of course, the idea that he’s more arrogant than people remember is kind of tough to reconcile with, but there could be a number of reasons for this, and most likely that will be found out in season 3, which has started production and will hopefully be coming sooner rather than later. But the idea that Ben is still alive and not a ghost could be due to a number of things, but it could also be in direct correlation with the powers and potential he has, and the need to keep him tucked up and away as much as possible. Fans might want to discuss and even argue this point, but from one perspective it does make a lot of sense considering that the more powerful an individual is, the more likely it is that those around them will wonder about their mental stability.

Great power might come with great responsibility, but it also comes with great temptation and can cause a great deal of paranoia. Those that see this power can become afraid of those that have it, or at the very least apprehensive enough to want to do something that might appear morally bankrupt but is thought to be for the greater good. The fact is that Ben does apparently have this kind of potential and it’s likely that putting him somewhere that he can’t be easily found and keeping him under close observation and lock and key is a way to keep him from causing any undue harm to those that don’t deserve it, but the practice still feels pretty harsh. Throughout the history of the comics, a lot of people have been content with having super-beings around so long as they’re bound to work for the betterment of everyone, or at least do their best to help others and live a relatively peaceful life. Ben and the rest of the super-powered individuals in the show don’t always appear capable of gaining the full confidence of everyone around them, but like many other comic book stories they’re out to do what they can to help others, but control of their powers isn’t always something that people are willing to bank on. The fact that he sacrificed himself in the finale of season 2 is enough to make people think that he’s a good and decent character, but in season 3 it’s already starting to sound like he’s going to be kind of a jerk and, worse than that, a very powerful jerk.

The idea that Ben is still alive is something that people are going to be tripping on when it comes to season 3 and can easily be stated as one of the main things that folks will be looking for when they tune in since getting rid of characters only to reveal that it was one big psych-out is bound to backfire unless there’s a solid reason for it. But one can easily guess that people are going to keep talking right up until the release date since this kind of news is something that a lot of people figure is worth knowing. As production rolls along it’s bound to happen that more information will be brought forward in order to explain this decision and how and why it will shake things up in season 3. Another theory is that Ben is being kept in Hotel Oblivion, which is well-known to fans and perhaps one of the worst spots that he could be kept at the moment. But for someone that has the kind of potential he does it might actually be the safest spot, if that’s actually the case.

But a theory is just a theory until it’s proven right beyond the shadow of a doubt and until we can say for certain just what’s happened to Ben and how it is that he’s back it’s going to be fun to see what else fans can come up with when it comes to his current situation. There are bound to be a few doozies out there waiting to be heard.