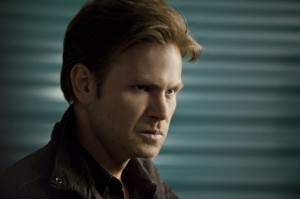 The season 3 finale of The Vampire Diaries delivered quite a few shockers. Someone definitely died, as promised (or did they?!). And Elena made her choice between the Salvatore brother. Then came that crazy cliffhanger…

How Do You Solve a Problem Like Alaric? The truth is, you don’t. The former history teacher spent the episode being a terrible nuisance to the vampire population. His interference with the counsel prompted the mayor and sheriff to order their children out of town, and he also threatened to ruin Meredith’s medical career.

The Return of the Originals. Both Elijah and Rebekah returned to town, determined to take Klaus away. Elijah tried to bargain with Stefan and Damon, saying that he would take Klaus out of town so that the Salvatores (who had been told they were of Klaus’ bloodline) could continue to live. After all, the Originals only had to wait about 50 years for Elena and Alaric to die in order to be free.

Who Died? It turns out that Damon had stored Klaus’ body in a storage center. He met up with Rebekah there, but Alaric found them soon enough. And then he…well, he stabbed the heck out of Klaus, killing him! Body on fire, Rebekah screaming and crying, the whole nine yards.

The Bloodline Problem. Of course, Klaus’ death had everyone worrying that they too would die. But Stefan, Damon and Caroline were genuinely perplexed when they didn’t drop dead an hour later, prompting them to believe that Klaus didn’t really sire their bloodline. But you know who did die? Tyler. While begging Caroline to leave, he went through terrible plain, dropping dead.

Did Klaus and Tyler REALLY Die? No! What a crazy fake-out! It turns out that Bonnie (who had originally accompanied Damon to the storage unit) performed a soul-swapping spell, putting Klaus in Tyler’s body and orchestrating the entire thing to make it look like they both died. Her reason? She did it to keep her friends and mother from dying. At this point, I’m assuming that Tyler is locked inside of his own body, much like when Esther was possessing Rebekah, but I could be wrong about that. 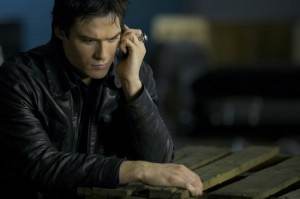 Which Brother Did Elena Choose? Elena’s flashbacks to the days when her parents were alive actually helped us understand her decision. She admitted to Matt that she had to choose between Stefan and Damon, but it was remembering her parents’ accident that made her remember why she fell in love with Stefan in the first place. She was broken after losing her parents, and Stefan helped bring her back to life. When the Salvatores’ lives were threatened and Elena believed both brothers only had an hour left to live, Matt (who was trying to take her out of town and away from her crazy life) asked her to decide: should he keep driving out of town to reach Damon so she could say goodbye, or should he return her to Stefan in Mystic Falls? Her decision was made. She called Damon to bid him farewell. “I love him, Damon. He came into my life at a time when I needed someone and I fell for him instantly. No matter what I feel for you, I…I never un-fell for him. I can’t think about ‘always’. All I can think about is right now. And I care about you, Damon. Which is why I have to let you go. I mean, maybe if you and I had met first…”.

Rewriting History. Shockingly, the Vampire Diaries flashbacks not only showed us why Elena chose Stefan, but they also showed us why her speech to Damon was unbelievably ironic. It turns out that Elena actually met Damon first! Shortly before her parents’ death, Damon spotted her walking through the outskirts of town at night. Thinking she was Katherine, she quickly disproved that notion. After a bit of a discussion centering around her current boyfriend, he told her that she deserved real love in her life, and then he hit her with some compulsion: he wanted her to find exactly what she was looking for, but also wanted her to forget they ever met, because he wasn’t yet ready to reveal his presence in town.

So Who Really Died? After Klaus’ death, Rebekah wanted her pound of flesh, and the only way she could do that was to kill Alaric. But going up against him wouldn’t work, so she came up with Plan B: kill Elena. As Elena and Matt were rushing back to town, Rebekah stood in the middle of the road, causing them to swerve and drive into the lake. As Elena and Matt were trapped underwater, Elena remembered the accident with her parents, where her father insisted that Stefan save her life over his own. Stefan arrived as savior one more time, but Elena insisted he save Matt. As Alaric continued to wail on Damon in the storage facility, he quickly broke down, dying in Damon’s arms. And Damon knew what that meant… 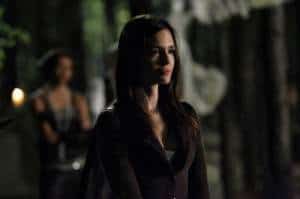 Did Meredith Do Good? Elena opened the episode in the hospital after collapsing in the penultimate episode of The Vampire Diaries. While Meredith had played off her injuries at the time, she actually lied. It turns out that Elena was far worse off than Meredith had led on, prompting her to feed Elena some vampire blood. Meaning…

The Crazy Cliffhanger. Elena awoke on a table as a pre-vampire. She died with vampire blood in her system. By the laws of The Vampire Diaries, she can fully die, or feed to complete the transition. We’re putting our money on her feeding and completing the transition.

To Sum Up… Klaus is in Tyler’s body (Bonnie’s fault). Tyler is presumably trapped inside of his body with Klaus in control. Alaric is officially dead (but is a ghost who took the time to say goodbye to Jeremy). Elena will likely become a vampire.

You know what, Vampire Diaries fans? This changes everything.

The Vampire Diaries has already been renewed for a fourth season and will return in the fall on The CW. I can only imagine what we’re in for.

All of our coverage of the show can be found on our Vampire Diaries page. As new information surfaces throughout the summer, we’ll be posting it there, so make sure to bookmark it and check back!