I want to like The Voice. Watching this program each week would diversify my investment in singing competition reality shows and give me something to look forward to during the often bleak summer tv-viewing months. The problem is — I don’t. Worse yet, I don’t think I ever will. Can you guess why?

While all of these things are true, I would still tune in if there was an actual Voice to listen to. None of the performances in the early rounds or during this first so-called Battle Round stood out to me, nor did anyone do anything to make me want to pull for them. This is all made worse by the total failure of every single quirk the producers crowbarred into this show to make it stand apart from American Idol.

Moments into the first show, we realized that its touted hook – the coaches make their initial decision based solely on the singer’s voice — lasts only a few moments until the coach turns around to see their potential pupil. We also quickly learned that the coaches, and not the singers, were going to be the stars of the show. If we were looking to hear the voices of Levine, Aguilera, Green and Shelton, I suppose the show’s moniker would be at least partially accurate. I can almost forgive the producers from going that route considering the talent they assembled were either re-treads, never-weres or never-going-to-bes. The talent pool is shallow in NBC singing competitions, it seems.

Now that we have entered these Battle Rounds, where the teams have been chosen for the coaches to supposedly coach, we see more of the unique characteristics that supposedly make this show so much different than its predecessors. The problem is, none of them work. The coaching seems to consist of the coach selecting contestants to musically fight each other, followed by a couple of rehearsals and then a quickie sit-down with the coach and their ‘˜advisor’. These sit-downs didn’t seem to consist of much coaching, and at no time did we feel any sort of connection between coach and singer before they were tossed out on stage to do ‘˜battle’with their supposed teammate. The advisors themselves only served to add a face to an already crowded screen – and for what? Christina’s ‘˜advisor’was some older woman from Australia named ‘Sia'(pronounced See-Ya). Her qualifications for being an advisor? Christina likes her and she’s Australian, and we know how well those Australian singers do in America. Reba McEntire stopped by to sit down next to Blake and add absolutely nothing of value. Cee-Lo’s advisor was Monica. I saw her mouth moving a few times. When asked for their input after the Battle Rounds, Sia contributed an ‘I’m clueless’while Reba told Blake ‘I can’t help you.’Alright then, thanks for stopping by. The biggest problem with the Battle Round format, however, was that it defeats the purpose of the show. Aren’t we supposed to see the contestants get tutored by superstar coaches and see them progress as performers so they have a shot at a contract? What made it worse, is that in preparing these singers, the coaches (marshmellow) were shocked that there was tension between contestants and that they weren’t having fun! This just underlined how confusing it was for not only the contestant, but also the viewer. The result of this uneasy tension on stage between singers who didn’t know if they should be singing a duet or beating each other with a club just made each one of those performances difficult to sit through.

The shows are also taped, stripping away whatever drama that existed as part of each performance. The editing, and worse, the canned audience reactions, only made the show pale in comparison to Idol, where the reactions of the live studio audience gives the viewer at home at least some idea of what is happening on stage.

In the end, the performer who didn’t succeed in singing over their opponent/partner, got booted by the very same person who was supposed to make them better. Welcome to my team, now leave and never be heard from again. I hope you benefitted from all of that coaching Sia and I gave you.

So after three weeks of this show, what have we learned? We know Cee-Lo has a penchant for monotone track suits. We also know there isn’t a single voice worth tuning into yet. Lastly, you know I want to poke Christina with a stick and shove her over a campfire. 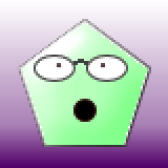 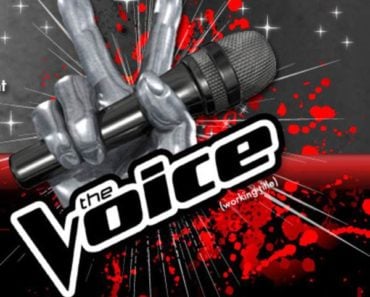