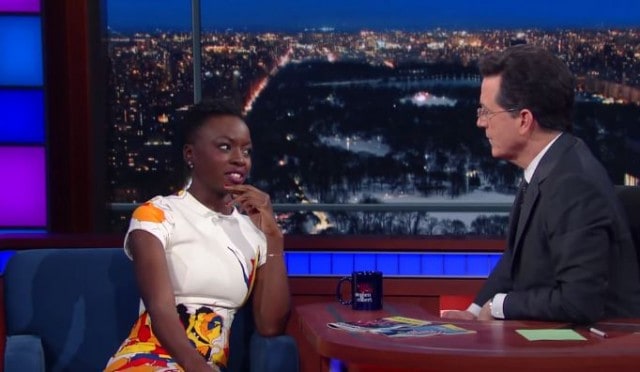 The Walking Dead‘s Danai Gurira stopped by The Late Show With Stephen ColbertÂ last night to talk about the AMC series and her two plays,Â EclipsedÂ andÂ Familiar. However, before she and Colbert had a lengthy discussion about the plays, which are both running in New York right now, their conversation, of course, turned to the zombie genre and its immense popularity right now.

FromÂ The Walking DeadÂ to iZombieÂ toÂ Pride and Prejudice and Zombies, there’s no shortage of zombie stories being told on both the big and small screens. However, the majority of these shows and films aren’t just about the zombies; instead, they use the undead as a means of telling a greater, richer story.

To find out Gurira’s answer, check out the video of her and Colbert below, and be sure to watch her as Michonne on The Walking Dead on Sundays at 9 p.m. on AMC.