Home
Movies
The Ways That Actors Fake Vomit in Movies 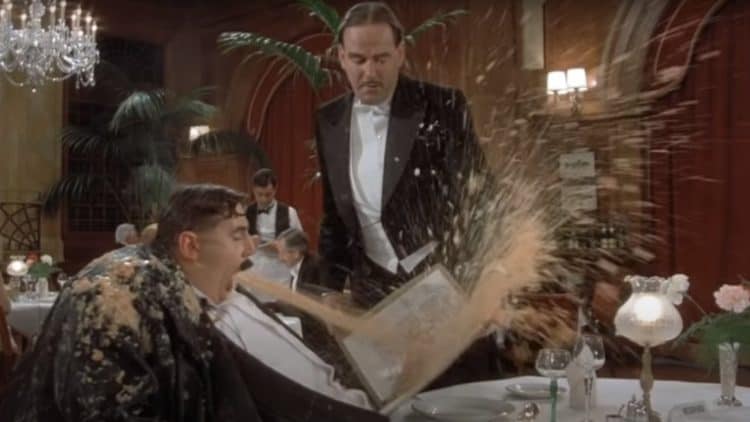 What an interesting subject, right? Apparently there are many different ways to display a good chucking scene and there are a few mixtures that are designed and kept on hand when needed to provide the right volume, thickness, and appearance since when losing your lunch on TV or in a movie it’s best that the audience believes in it as much as possible. Obviously there are a few cheats that can be used and have been in the history of movies since at one point or another it’s been necessary to keep things on a budget and therefore make it appear real but not have to go into full detail for the effect. This means that vomiting off-screen, into a bucket, over a ledge, or just anywhere that there’s cover is a good way to keep things fairly believable but also more likely to avoid having the actors go through the actual act of regurgitation. The stuff that gets mixed up is often enough to make a lot of people chuck just by looking at it, or smelling it, but as you can imagine, the directors want that shot when it’s important and they want it to look right. Unfortunately for the actors that sometimes means holding those horrid concoctions that are created in their mouth until they’re able to let it rip and get rid of it finally. Whether or not this causes actual regurgitation is hard to say, but it does feel that it would at some point.

There is such a thing as a puke sleeve that has been used for years, but the truth of this is that it looks rather cartoonish and has been used in a few different TV shows since all it really takes is a tube that’s thread through the actor’s sleeve and is operated using a specialized bladder that can be squeezed or something with a little more power that can create a geyser of spew that’s absolutely disgusting but makes people laugh all the same. If anyone remembers in Problem Child 2 this effect was used when Junior cranked up the Tilt-A-Whirl to its max speed and caused several individuals to puke copious amounts of spew in a continual stream that was shown in profile as each actor opened their mouths to let the torrent loose. That’s another method that can be used, or the same ride that was used in The Sandlot shows how the guys were allowed to simply lean over the side after suffering the ill effects of chewing tobacco combined with the gyrations of the ride. Hoo boy, geyser city.

Sometimes, implying that a character is puking is a far better option since it kind of spares the sensibilities of the audience, as the desired spew that some directors want is pretty gross and doesn’t always need to be shown. But of course, there are plenty of realists that want to see the crap coming out of peoples’ mouths, and in some cases, it’s truly horrific since the mixes that are brewed up for some people to use make a person almost feel sorry for the actors since there’s no way this part of the job can be that fun. It’s very likely that depending on how much spew is used that an actor will need to shower and vigorously brush their teeth when all is said and done. For the movie Scary Movie 2, it’s very likely that the actors at the beginning of the movie had to clean themselves repeatedly after each take, hopefully there weren’t many, since they were doused in the green stuff that was used in the spoof movie. There are times when vomit can be used as a comedic effect since the timing and the use are pure comedy gold, but a lot of other times it’s just flat out gross and despite this fact it’s used to prove a point of some kind or just as an effect to complete the movie in some way. Of course, there are also those moments when it doesn’t make that much sense to have someone spew, such as in Crank 2 when Lauren Holly, playing the part of an excited psychiatrist, vomits immediately after her patient is shot in the head after a freak accident that’s the result of a chase scene.

The point here is that there are times when a vomiting scene might actually be needed for a movie, and times when it just feels as though it’s being used for no better reason than because the director wanted it. It’s hard to say just why these scenes are that important at certain times, but now and again they do add a bit of realism and gravitas to a situation. But the techniques that are used are sometimes kind of hard to imagine.