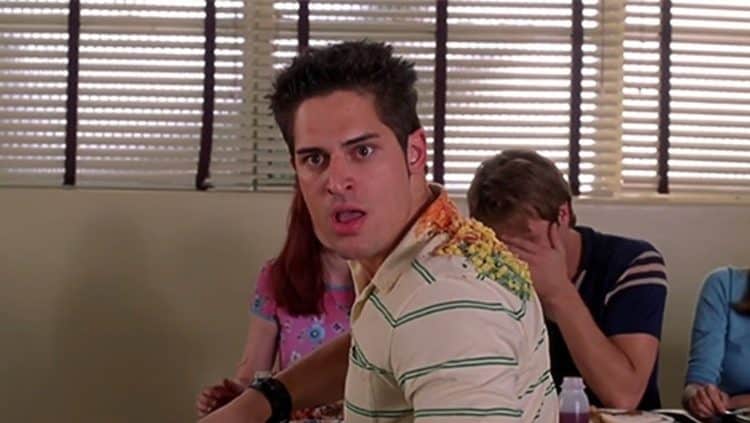 There are definitely times when a person might want to mess with someone just to get back at them for something, but there are varying degrees to which this needs to be taken since messing with a person’s career might be justifiable to some folks but it’s borderline creepy to others. Joe Manganiello was actually up for the role of Flash Thompson in the initial Spider-Man movie anyway, but it would appear that someone with a great deal of influence didn’t want him to get the part and actually had enough pull to stretch the audition out in order to up the chances that he wouldn’t get it. That person hasn’t been named, but the fact that whoever it was had enough pull to make this happen makes it apparent that Hollywood can be a lot pettier than we’ve been led to believe at times since screwing around with someone’s livelihood is never a good idea, especially if they’ve done nothing to deserve it. It’s one thing if Joe would have committed some horrible offense that made it clear that everyone was hoping that he wouldn’t be given a chance, but even then that line is still pretty thin since deciding to ruin someone’s life or to even bother mucking about with their chance of being in a big blockbuster production is beyond childish. Whatever beef the unknown person had with Joe couldn’t have possibly been worth this type of behavior.

The fact that anyone that has this kind of power in Hollywood would do such a thing is kind of disturbing since it’s a rather immature thing to even think about since it’s akin to a child holding a toy that another child really wants and asking if anyone else wants to play with it while ignoring the cries of the kid they took it from. The fact that Joe ended up getting the role anyway is kind of amusing since he could have likely thrown it back in the person’s face that if he really wanted. It doesn’t sound as though Joe wanted to be this petty though and simply took on the role that lasted for a little while and was then given to another actor when Andrew Garfield took over the title role. By that time though Joe had moved on to other roles and had become a star in his own right since he was focusing on other parts that allowed him to be the big, muscular beefcake or the serious actor that he was attempting to be. In fact, one can’t help but think that Joe should hopefully be up for a role in DC once the Snyder cut hits since his time as Deadpool should hopefully be something that fans can realistically look forward to in the coming years.

Whether that will happen or not is hard to say since no one is really blacklisting him any longer and he’s proven that he can take a role when he really needs to. The fact that he’s a big guy that’s suited for action roles isn’t much of an impediment since he’s shown that he can act and that he can on dramatic roles as well. But seriously, getting down to the idea that someone actually tried to knock him out of the running for a role by extending the audition process is kind of funny since it does make a person think that someone really had it out for Joe and couldn’t think of any other way to get back at him than through his career. How cheap is that, seriously? If a person is going to get back at someone there are usually much better avenues of attack, but going for the throat in this manner, attacking someone’s career, is one of the more cowardly acts that a person could ever think of. There are plenty of ways to ruin a person, but this is one of the most blatant attacks on anyone that can be remembered in the history of Hollywood, and there have been plenty of them for certain. But the fact that Joe doesn’t want to name names is a lot more impressive than the fact that someone had that kind of ability. Just the thought of someone trying to ruin another person by attempting to sabotage their career is kind of hard to stomach since it’s absolutely gutless.

But the great news is that Joe did get the part that he’d already managed to win anyway and went on to become Flash Thompson for a brief time before moving on to bigger and better things eventually. Obviously, he’s not holding any huge grudge, which makes him an even better person, and obviously he’s done just fine for himself over the years. Now we just want to see him a Deathstroke, and things would be perfect.