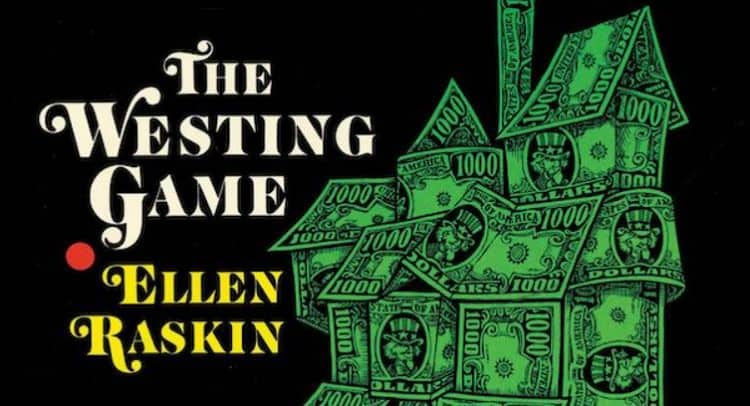 It’s an odd premise for a story, but The Westing Game is being given a shot at being given the chance to become a series on HBO Max. It’s very likely that a lot of people know little to nothing about this book and therefore won’t know a whole lot about the upcoming movie, but it’s fairly easy to tell. The whole premise involves a group of 16 people that are selected by a millionaire to solve a puzzle that is written into his will, with the winner inheriting his fortune. From that point on people should be able to figure out that things are bound to happen that will eliminate individuals from the running and that there will be a few surprises here and there that weren’t to be expected. But given that The Westing Game was published back in the late 70s it’s kind of a wonder as to whether HBO will update the story or if they’ll keep the spirit of the 70s alive by filming the show within the given time period. After all, it’s pretty easy for costume designers to come up with the right clothing and styles to emulate the decade and many directors are capable of bringing to life the feel of a different decade.

HBO Max is definitely digging around to see what they can find when it comes to their lineup and to be certain it feels as though they’re finding various hints of what could be greatness or at least what could be interesting for the viewers since the idea of this story is something that doesn’t come around that often. In a way it almost sounds like a different version of Knives Out, but only insofar as it has an element of mystery to it that begs to be solved. Apart from that, this series does sound like something that might be a little tamer, but at the same time will be a bit of a mind-bender that could interest those that happen to enjoy this type of story. There are plenty of folks out there that enjoy a story that’s a little drier and doesn’t lean towards the over the top drama and suspense that a lot of folks tend to get into, and hopefully, it will be this audience that will make this series into something that HBO Max can use to continue their forward movement in the streaming wars.

If anyone’s paying attention at this time, and it’s hard not to since there’s not much going on in the movie theaters, streaming sites are at this time pulling together whatever they can find in order to maintain their place and possibly move ahead of the competition. While some are leaning towards shows such as this and other subjects that allow them to continue to expand and improve their roster, others such as Netflix are taking on projects that might eventually get them in bigger trouble than they were thinking, such as Cuties, or are charging extra for premium movies as Disney+ has done with Mulan. Right now it’s very telling to see who’s willing to go to any lengths to stay on top, and with shows such as this coming out it’s not for certain just how the streaming landscape will look coming into 2021, but the thought is that those with a full roster and without any controversy are going to be looking pretty good. If HBO has misstepped yet then it’s been easy enough to miss it, though it’s almost a guarantee that if there’s something to find then someone will locate it, particularly if anyone does happen to bring up the faux pas that Netflix doesn’t believe they made. So far though, this series is already sounding like it might be a refreshing change from the other fare that’s been available on streaming for a while now. In fact, the only real challenge that any other streaming channel has to meet will come next month when The Mandalorian season 2 will hopefully be released on Disney+. Apart from that, The Witcher season 2, which is likely still a ways off, will be another show that other networks will have to try and outdo since the Netflix series might be enough to keep some people around.

When all is said and done it does feel as though this idea could be something that will keep HBO Max moving steadily along, and it does sound as though it will appeal a certain demographic. The trick though will be to see if it can be used to attract enough viewers to keep HBO Max moving forward as one of the big contenders in the streaming game. It’s not a big stretch of the imagination to think that such is the case, but as things continue to heat up we’ll just have to wait and see.