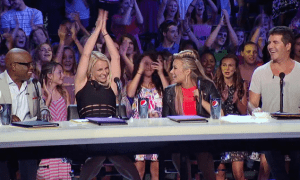 Last week The X Factor closed the book on the auditions, simultaneously crushing and fulfilling people’s dreams with one clean swoop. After auditions that included some very impressive talent and also several very dramatic moments including contestants being sent to the hospital and an arrest, it seems that The X Factor’s tagline of “True Talent, Raw Reality” isn’t all that far off.

On tonight’s one hour episode of The X Factor, viewers get the first glimpse into Boot Camp, a place that they say “only the strong survive.” Boot Camp is somewhat of The X Factor’s equivalent to American Idol’s Hollywood week, but perhaps even tougher. At Boot Camp, the contestants are divided into categories and must prove to the judges that they deserve to be on the show through performances that include both singing and dancing.

With a night that promises to include plenty of tears, drama, and hopefully some memorable performances, this seems to be an episode of The X Factor not to be missed.

Now that the auditions are over, which contestants do you think stood out as possible contenders? Share your thoughts and opinions on The X Factor forum.