Mulder’s role in The X-Files’s six episode miniseries and is shaping up to be quite the masterpiece. EpisodeÂ 3 is terrific.

In this one we see our heroes brought to life by David Duchovny and Gillian Anderson, face to face with a were-monster. Not a were-wolf. A were-monster. A half man half beast reminiscent of things borne from lagoons in films of the past.

The episode is a throwback to the monster of the week features of The X-Files’s 90’s run. Mulder, always the skeptic, forced to question his own sanity until, of course, Scully injects a bit of that sardonic, crass, beleaguered verbosity that makes her the heroine we know and love.

The episode is hilarious. The script writers went to town on this one. The banter between our two heroes is turned on its head. Punctuated by Scullyy’s remark “yeah, this is how I like my Mulder.”

The episode begins with Mulder questioning everything but evolves into Mulder understanding that his obsession with the fantastic is just that: an obsession. We see his character grow ever so slightly in this episode, resulting in a revisit to the Mulder we knew and loved back in the day and an older, more mature Mulder ready for what life throws at him.

The X-Files’s second run is a great way for fans to jump into a series they loved. The third episode is a departure from the story driven elements found in the first two in the mini series but ultimately served the purpose of bringing Mulder’s flaws to light in a grand fashion. We see the man he once was laid out to pasture against the man he wants to become. Scully’s tacit pressures cajoling the passiveÂ narrative to new heights as the two tackle a beast.

The were-monster was beautifully portrayed with make-up done right. No fluke-man though. Am I right?

All in all the episode finds a pleasant place in between all the hubbub fans of the new series have come to expect. 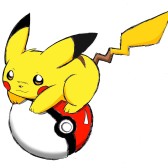