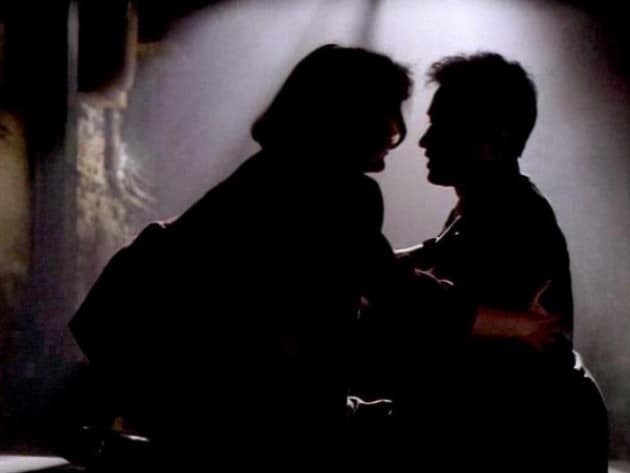 After five episodes,Â The X-FilesÂ Â begins to expand its mythology, entering into territories marked by things other than extra-terrestrial activity. This particular episode reminded me of an episode ofÂ Supernatural, thoughÂ The X-Files came first by quite a bit of time. This was the first episode that offered some stuff I truly didn’t care for, but even at its worst,Â The X-FilesÂ is still in a class all its own.

On this episode ofÂ The X-Files:Â Scully feels guilty for trying to maintain her personal life, even though Mulder willingly does not maintain his. Mulder and Scully investigate the appearance of “The Jersey Devil,” who is largely thought to be myth.

As I previously said, this was the first episode with elements that I didn’t care for. For one, this is the first episode that hinted (albeit, lightly) at Mulder and Scully having a romantic relationship. I do not have a “for” or “against” stance on main characters who are also partners being romantically involved. Generally, I take those things on a case by case basis. OnÂ Castle,Â for instance, there is no one Rick and Kate should be with but each other. On the other hand, there’sÂ Sleepy Hollow.Â Ichabod and Abbie have undeniable chemistry, but I don’t see it as romantic at all. When I first met Mulder and Scully, romance didn’t even cross my mind. Someone asked me later “Did you get a hint of romance in there?” Â to which I replied “Not at all”. Â I spent the first four episodes without a whiff of a romantic relationship. This episode was riddled with hints, and I did not care for it at all. I reserve the right to change my mind (I’m only five episodes in to a 200+ episode series), but right now, I don’t appreciate the romantic direction of the two leads.

I also didn’t care for the pace of the story. I thought the actual meat of the story, about the primitive super-human, was fascinating. If you’ve read any more of my work, you will know that I really chastise shows when their pacing doesn’t fit the story they are trying to tell. In this case, it didn’t work. There were a lot more action sequences than were needed. I understood that they were pursuing a superhuman, and I did not need multiple lengthy scenes to tell me so. The show spent a lot of time talking about Scully’s personal life, and very little time exploring it. It easily could’ve given us a couple more Scully scenes in place of the excessive “hunt” sequences. I was really interested in both stories, but I felt shortchanged by Scully’s, and overwhelmed by the action.

That being said, there is a lot of great stuff in here still. Duchovny and Anderson are as wonderful as ever. I personally appreciated the departure from the alien stories to do something still paranormal but differently so. Even though it’s a sub-par episode, the show is still top notch. The production value is there, the strong characters and acting, and the way they tell their stories is wonderful. Â When you’re watching a show week to week (or slowly), you can tend to dwell on the negatives more, because you don’t see another episode right away. If I were binge-watching this show, I would probably have blown right by this episode without giving it a second thought.

Still a solid installment forÂ The X-Files,Â but I will expect to see better as I move forward. Given how much I’ve enjoyed the first few episodes, I’m sure that I won’t be too unhappy.

What about you? Did you enjoy the fifth episode ofÂ The X-Files? Are you a believer in Mulder and Scully romantically? Let us know in the comments.