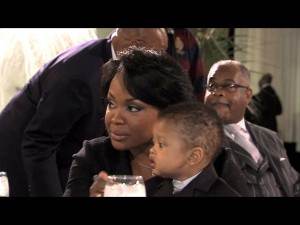 Change is something that doesn’t happen overnight on a lot of reality shows like The Real Housewives of Atlanta. If something happens and people like it, there’s often a rush to protect the status quo and not allow for any evolution. It’s understandable, as getting a hit isn’t as hard as maintaining it, but real life doesn’t take producer demands or the 18-49 demographic into account. It just happens and the powers that be simply have to adjust their expectations, trusting that they’ve built strong enough “characters” that the audience will follow.

Now that we’re at the end of the fourth season of The Real Housewives of Atlanta, it’s logical that there’d be a little change going on amidst the cast. There can’t complete stasis for 20 episodes of television and if there is, it might be time to change the channel; in the case of The Real Housewives of Atlanta, though, it seems to have been held back, only to be unleashed during the final two episodes of the season.

Most notably, it looks like NeNe is heading to Los Angeles to become an actress. But not before making a bunch of really offensive comments, wallowing in other people’s money like a pig in mud, and acting like her excrement doesn’t stink. So, y’know, usual NeNe. I actually didn’t mind following her while she pursues her dreams, as there’s something eternally gratifying about the small town girl trying to make it in a big city. You root for them to become acclimated and show the world that talent exists in other places besides New York and LA.

But NeNe’s attitude, y’all, is the pits. Awful, entitled, and not in any way sympathetic. Marlo-esque, I’d call it. I mean, how else would you explain her comments about her assistant (“Can you not be gay for 5 minutes?”)? There’s sassy, funny reality diva and then there’s horrible, horrible person; guess which NeNe is? You mean to tell me you’re going to audition for a series ran by a gay man and you’re pulling comments like that out? And prefacing your comment with “You know I love the gays, but…” is just icing on the bitter, homophobic cake, served at all the best midlife crises. Honey, Hollywood is overrun by gay men, so unless you want to go back to the chitlin’ circuit, it may be time to adopt a new view.

If NeNe Leakes is coming for an Oscar, can I announce my intentions to get a Grammy? And a Pulitzer? And a pony? Because at this point, they all have an equal chance of happening. I’m just saying.

Phaedra’s making moves in her career, as well, having partnered with Willie Watkins on a new funeral home. The past couple of episodes, my favorite southern belle has been disappointing me with how extra she’s been , but last night, Miss Parks absolutely slayed. Phaedra’s by far the funniest, act or not, and everything seemed turned up another level, only in the best way possible. The horror on her face at Kandi asking if she and Apollo use the pull-out method of birth control (spoiler alert: they don’t), the shade at the other girls and their “tight, bootylicious, skanky mama” clothing, the faux-serious voice with the faux-family at the funeral home – it was all just delightful and on the right side of campy. Phaedra’s over the top and a little much sometimes, but when her schtick hits, it hits hard and it was pretty relentless last night. I think what makes Phaedra such a good reality star is that she can be this tough, intelligent businesswoman one minute and another, she can act an absolute fool yet you still take her seriously. The prospect of Phaedra in the funeral business has caused me a little trepidation in the past, only due to how random it was and it being her passion project, but I’m on board with her having her own funeral home (next season).

If only for the funeral hats and silly fun that’ll be had watching her get her feet wet in the real world of the funeral business.

After burying the hatchet with an increasingly sour Cynthia, Kim finally got her ring from Kroy, as the two are officially engaged (on the show). I’m a little torn on how to feel, because they do seem to really care about one another and you never want to discourage people from not being with the one they care for. But between the rumors about Kroy’s not-so-honorable beliefs and the sinking suspicion that Kim is lining up a “Little Papa”, so to speak, I’m not as into the idea as I would have been at the beginning of the season. They make each other happy and that’s nice to see, especially on a show predicated on everybody being miserable and hating each other, but all the underlying stuff puts a damper on that.

And that’s one of my problems with The Real Housewives of Atlanta lately. All of these wonderful things keep happening and I just don’t care because everybody sucks. I don’t know if it’s my fault for souring on the cast or the show’s for painting each of them in an increasingly unflattering light, but not even a funny, brisk episode like this can help the feeling that good things are happening to bad people. Let’s hope that the finale course corrects a little bit, because without a decent cast, what’s any good reality show?

Thoughts, Quotes, & Observations:
-“I’m just hoping and praying she doesn’t whip out a friendship contract.”
-“We having a slumber party tonight.”
-“Hello? Caller, are you there?”
-“Yeah, you’re visualizing, all right.”
-“I am built like a little donkey.”
-“I don’t know if I should bury you or say hello.”
-“What a waste of an outfit and a wig.”
-Another awful NeNe comment, this time to Keisha Knight Pulliam: “Unlike you, I have children.”
-All the trumpeting at Phaedra’s event made me think of Treme, for some reason.
-Are my eyes deceiving me or did America’s Next Top Model alum Alasia make a brief appearance on the promo for next week? Girl…
-Kandi’s sex toy line was just…I couldn’t deal. All I have to say is clitstick. Thank you and good night.
-Next week on The Real Housewives of Atlanta: It’s the season finale (!!!) and everything comes to a head. Cynthia holds her model search, NeNe makes a decision about Gregg, Kim reflects on her past, and Kandi has the opening for her Bedroom Kandi line.