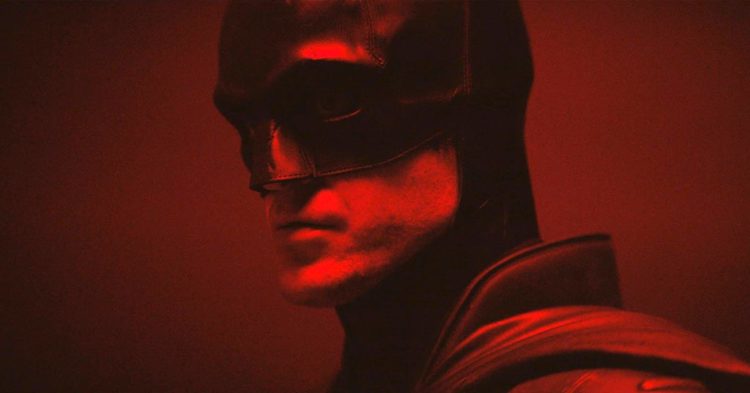 As D.J. Rivera of We Got This Covered shows, people are already flipping out upon seeing the reveal of Matt Reeves’ Batman suit, in a good way at least. The massive number of posts that have been lighting up social media thus far have shown mostly approval for the heavily-armored suit that looks to have another function apart from just being top of the line protection, though in a way Batman is starting to look quite a bit different, almost like a character from The Watchmen in a way. Saying as much around DC fans might come with mixed reactions however since so many are already locked in and ready to see what Robert Pattinson has to offer when he steps on screen. To be fair it’s best to wait on any type of judgment or comment until it’s been established just what kind of functions that the bat suit will be given this time around since at the moment it looks like a very serious piece of hardware that could be hiding any number of weapons and other items that might come in handy. Overall it does look pretty intimidating, making one thing that Reeves’ Batman is going to be someone that’s not to be messed with, much like Christian Bale’s version years ago, but somehow a little edgier maybe.

There’s something in the air that would argue that some are going to believe fully in Pattinson and others are going to try to find a chink in his armor that might allow them to openly criticize the movie and make a valid point as to why he’s not the guy that needs to take over the franchise or even be lauded as the next brave soul to take it on. Nicky Idika of Pop Buzz has more to say on the subject. A lot of people are already cocked, locked, and ready to rock when it comes to seeing this movie on the big screen but if history has taught us anything there’s no telling what the future is going to bring until the first of those walking out the theater have their say on the internet. At this point word of mouth barely even goes fast enough to keep up and if anyone remembers, word of mouth used to be the definitive manner in which anything was conveyed when it came to movies since social media wasn’t a thing for a good part of cinematic history. If you weren’t feeling old yet that line might have done the trick.

In any case the fans are still pulling for Pattinson, though there are also those that are confident that as much faith there is being put in him, he might just trip like a few others have done in the past. The hope of course is that he brings Batman back to a respectable position in the movies much as Bale did, though right now with this outfit it does appear as though Matt Reeves might be using his spot as director to pull a few changes that we haven’t really seen in relation to the dark knight just yet, though whether or not the fans are going to accept it is still up in the air. Like I did mention however a lot of people are already on board and it’s likely they will be until they get to see the movie. At that point some might taper off and some might jump off the wagon, but it’s still more than likely that a lot of people will continue to support the move if only because they don’t want to admit that their faith in this movie is just as mercurial as the next person. Batman has been such a popular character in the movies that even during the dark ages, basically the Clooney and Kilmer era, people were still willing to give the movies a chance and go see them, even if they instantly regretted it later. At this point the buildup to Pattinson’s version hasn’t gone so overboard, yet, that people are already turning on it, and the reaction to the suit reveal is actually pretty positive thus far. But somehow, someway it does feel as though the movie could cause a divide in the fan base again, if only because something, however small, might not come out right.

One of the biggest problems with the Batman story is that it’s been ripped up and redone more than once in the history of the comics and the movies and despite having worked in a couple of versions and not so well in others people have been willing to go back to the theater again and again to see whatever new idea this or that director has come up with. It’s the legend of the character that keeps people coming back, not so much the suit since it’s been redone more than a couple of times. Sharan Sanil of MensXP has more to say on the matter. But hopefully this time the suit and the movie will be enough to impress the audience one more time.