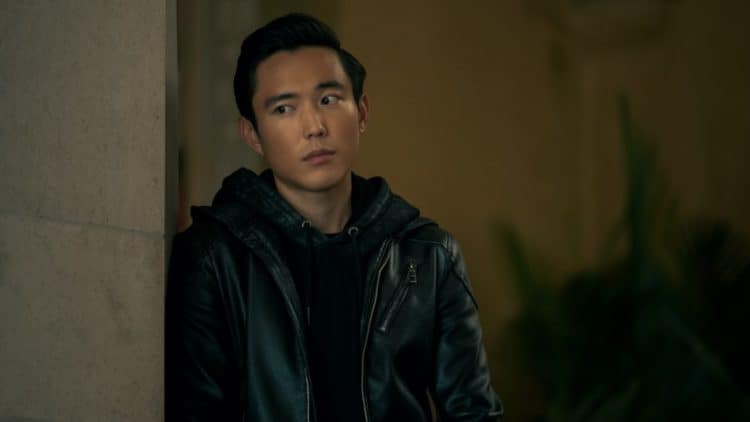 The process of altering timelines can be a dizzying experience for fans and will generally create theories out of necessity that the fans will utilize in order to make sense of their favorite shows so that they can better understand what’s going on and possibly predict the continued plot of the series. A theory on Ben Hargreeves that fans have taken to at this point is that not only is Ben alive, but he’s been doing his best to communicate this to his siblings in the recent past. The only problem is that Klaus, who could see Ben all along and was even possessed by Ben, kept the secret because he was incredibly selfish and didn’t feel like giving Ben the satisfaction of having other people know about his condition. That’s a pretty simple theory really, jealousy, but it’s one that can have a lot of ramifications for those that are involved, and it can take the story in a lot of different directions that people might not have been thinking about. Those that have been following The Umbrella Academy for a while might find another reason to think that things aren’t going quite the way they want, but that’s the nature of any show that’s been taken from the comics or from another source that people have enjoyed for a while.

So far The Umbrella Academy has been able to impress and entertain those that have been watching it and the many theories that have come as a result have been kept fairly tight, making it clear that people are paying attention and that they’re attempting to contribute to the story with their theories. Likely as not, the next season will feature a few ideas that people might decide to comment on since it’s a natural progression in any series that’s been taken from a well-respected source. Plus, when playing with timelines the idea is that just about anything can and usually does happen since altering anything that’s already happened is bound to open up the realms of possibility that allow writers and directors to do pretty much anything. It’s understood that the nature of the story needs to stay recognizable as people have already created expectations of what they want to see and the story has a well-written track that people are hoping will be followed. But if some of the shows we’ve seen over the years have taught us anything, it’s that things can happen now and then that we might not expect or even want, but since we’re not in charge of how the show is going to go, it’s best to just grin and bear it and accept that things are going to move forward in a manner that might be recognized if not expected.

Thus far the show has been one that people have been willing to follow and that has managed to stick more or less to the story that people expect since it’s not always common practice to irritate the fans in such an obvious way. But it’s also likely that this Ben Hargreeves theory if it is in fact accurate in any way, might take another turn that people aren’t going to be able to anticipate since that appears to be the nature of the show, which is a good thing since it keeps people guessing. If everything went the way that people expected there wouldn’t be much point in making a show since it would be a repeat of everything they’d already seen. Granted, it would be something that a lot of fans would love since it would be giving life to something that their imagination had been responsible for in the past, but telling the same story over and over down to every last detail isn’t always possible and it’s not always the best idea since it tends to get old after a while. This isn’t to say that the story needs to change so drastically that it can’t be recognized as it pays a vague bit of respect to the original, but there are times when things need to be altered just enough that they might take the story in a slightly different direction than people might have expected. In this manner, the story remains fresh and able to wow the audience instead of reminding them what’s already happened over and over again.

As for Ben Hargreeves, thankfully the effort to mess with timelines is a big part of this show, otherwise, this theory might not hold as much water and it could be that it would be one of those far-reaching theories that people would discredit almost immediately. The way it stands now, it could be accurate enough that we’ll find out that it has merit as the show continues. At this point, we’ll just have to wait and see.