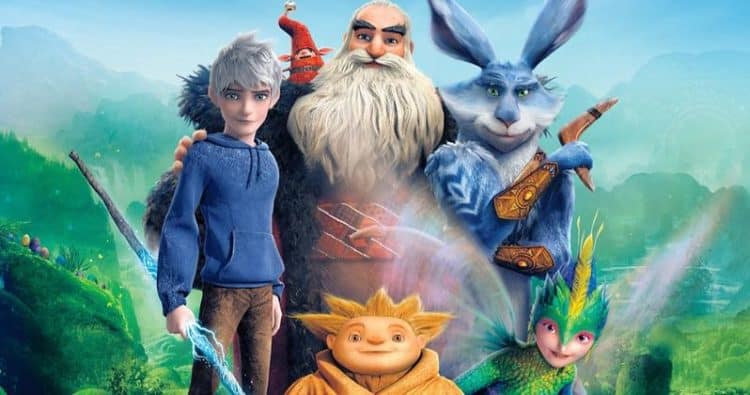 The all-star cast of Rise of the Guardians was impressive enough that one might think it would be warranted to give it a sequel, but the fact that it apparently didn’t do so well in the box office might be a big strike against that since Hollywood is more about money than really pleasing fans a lot of the time no matter how often we’re told differently. Money does make things move, unfortunately, but it sounds as though the director of the first movie would be up for another if given the chance, even if that second movie wasn’t bound to hit the big screen. Even if it didn’t though it feels fine to state that people might want to see Jack Frost, Santa Claus, the Easter Bunny, Sandman, and the Tooth Fairy return for another go since as legendary figures they’re well-known enough to create a great deal of interest with fans, and there are quite a few legendary characters that remain unveiled at the moment. When dealing with legends the fun part is that nearly every culture has a wide assortment of legendary figures, and how they’re used might be a sensitive subject, but if taken in context it’s easy to think that they might be able to create quite the story. Rise of the Guardians used rather broad strokes when it came to bringing its characters to life since the cadre of heroes are quite common throughout many countries, even if several parts of the world have their different representations of each character.

For instance, Jack Frost has been a villain in other movies, while Santa Claus has been taken in many different ways, and Sandman has been a villain or has emerged as a spirit that’s rather indifferent to the world he affects. The Tooth Fairy has gained a few different looks over the years, but the Easter Bunny becoming a boomerang-slinging Australian warrior-bunny was quite the surprise. He’s awesome to be quite honest, but it wasn’t what a lot of people were expecting to be certain, nor were they bound to expect Easter eggs to have tiny little legs, which was kind of creepy in its own way. But for many audience members, the story did work since it was simplistic enough and didn’t seek to challenge that many people with the overall premise. Pitch Black, the boogeyman in other words that so many of us checked under our beds or in our closets for when we were younger, was tired of being little more than a shadow and had plans to kill the belief in the legendary characters one by one as he’d perfected Sandman’s ability to affect peoples’ dreams. By killing the belief in the other characters Pitch weakened each of them in turn since the belief was what gave each of them their strength and made the impossible, possible.

Jack Frost is the key character in this story since he’s the newest among the Guardians to be transformed, relatively-speaking since he’s still an old concept by the time the story begins. As more of a fun-loving and less serious legendary figure he’s really on board with the idea of becoming a Guardian at first since it means following rules and adhering to a lifestyle he doesn’t fully agree with. But as the threat that Pitch represents continues to build and Jack learns more about his formerly human past, he comes to realize why he was selected as a Guardian and what it really means. As the belief in the legendary characters continued to wane, leaving only one child left to believe in them, Jack convinced that last child to gather his friends and took them on an adventure that showed the power of belief and the idea that children were much stronger in their convictions than Pitch believed. Once the kids start believing again, Jack and the others regain their strength and are able to fight Pitch off, banishing him near the end of the movie as it’s established that Pitch is once again just a shadow of his former self.

The story is actually quite entertaining and the characters are fleshed out well enough that they work when put together and are fun and engaging enough that people might actually read up on the old legends and continue to enjoy them. Obviously it’s a bit of whimsy to imagine a swashbuckling Santa and a Tooth Fairy that has an entire castle where she stores the teeth of children as fond memories, but the story itself is a lot of fun and it could be possible to return with a sequel since there are plenty of legends yet to pick from. It might even be possible to bring Pitch back if the writers are adept enough at coming up with a hook that would call for his return.