Home
Movies
These Are Your Four Witches for The Craft Reboot 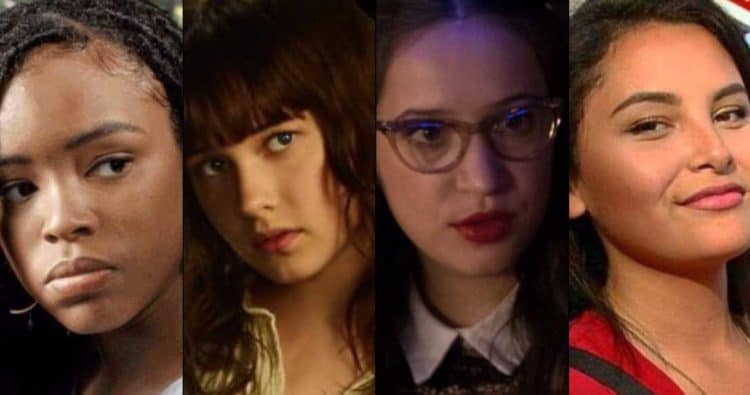 Normally I’d go into why reboots are sure to be the eventual, agonizing death of Hollywood, but it would at least appear that some folks might be paying attention to the trend in which reboots and remakes are such a hit and miss idea, and is creating something that’s still a reboot but looks as though it might be taking a different route all the same. The Craft is one of those movies that tends to get picked up by one group of people after another and then praised or left alone based on its content since some folks are into witches and others not so much. If you’ve ever read about Wicca then you might have recognized a few things from the movie that are actually part of the practice. The whole dark witches angle however, the having power just for the sake of power, isn’t really what you’ll hear a lot of Wiccan’s cling to. For the sake of the movie however that was a big aspect of the plot and eventually it came to turn on the individual witch that took the magic to a dark place. As Kevin Burwick of MovieWeb has written a sequel to The Craft was originally thought to be coming eventually, but as you can imagine those plans were scrapped some time ago for one reason or another.

As of now the reboot is coming and it’s fair enough to stay pensive until it’s revealed and hope for the best since The Craft was a good movie in its day and despite being more of a teenage cult classic it was still something that happened to capture the attention of many people. Whether or not it really interested anyone in Wicca for long enough to make a difference is hard to say since it did manage to show the upsides and downsides of trying to meddle with forces that weren’t meant to be controlled by a single human being. Nancy, played by Fairuza Balk, went absolutely mad with power at one point since that’s really all she wanted was power over her life and to change things as she saw fit. Unfortunately the downside of this is that power tends to corrupt as much as it tends to help, and as a result it drove her nuts as time went on since her already fragile mind couldn’t cope with what she’d been given. As for the others, Bonnie and Rochelle, they too managed to get what they wished for, but in doing so didn’t seem to realize it would change them in ways that they weren’t ready for. Bonnie, who suffered socially from the hideous burn scars that covered a great deal of her body, suddenly became beautiful as the scar tissue simply sloughed away, while Rochelle, who was having an issue with another student that had been attacking her in a verbal and very racial manner, got her payback when the young woman in question started losing her hair and thus her status as one of the most popular girls in school. Sounds okay, right?

Well it might have been had the girls left it at that and not let the sudden shift in power go to their heads. Rochelle became a pain in the rear and Bonnie became a vain and extremely haughty teen that had no regard for anyone but herself. In fact the only one among them, ironically the only one that had any natural power, was Sarah, who didn’t want anything but the love of a young man that had already done her wrong. The problem there was that thanks to the spell they cast he became so obsessed with her that he simply couldn’t leave her alone, which drove Nancy crazy since she’d liked the boy in the past as well. Overall the main point is that the power they wanted became the power that only one of them could handle in the end, and that was Sarah since it came to her so naturally that she was able to learn how to harness it and keep it from driving her to extremes.

Robin Tunney, who played Sarah, has even given this movie the nod as she thinks it could be great so long as they do something different, and for all intents and purposes it does sound as though it will be different enough from the original to actually have a chance. The part of Sarah will become a girl named Hannah who is a natural witch it sounds like, but there aren’t a whole lot of other details being released at this time. It’s wise to say that expecting this to be a blockbuster should be put on hold since the first one was fun and exciting but didn’t exactly blow the roof off. Given the advancement in effects and possibly the story however it could be something worth watching and you might want to take a look at writers such as Clark Collis of Entertainment Weekly to get a few more details.