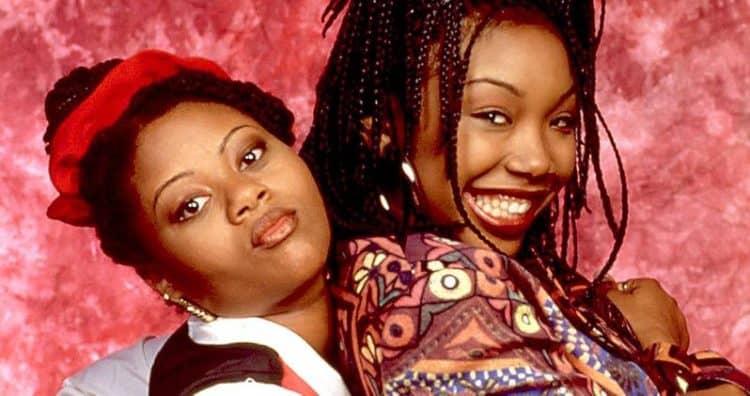 There are times you just have to squint your eyes and wonder ‘why?’ whenever you see the word reboot or remake attributed to a show or a movie. Why in the world do they bring these back? It doesn’t matter if the show Moesha had a successful run or not, it had its time and it went off the air eventually. The actors moved on, the fans moved on, and that was over and done with. Jeremy Dick of TVWeb seems to be kind of excited for it but seriously it’s kind of confusing to think that anyone but the cast of the show would see this as a big win for a show that was on the air for about five years. That it was a success isn’t hard to admit, but with other shows like Fuller House and the Connors bringing back old ideas that are being revisited to see what’s happened to the character it’s become less of a new and innovative thing than it has a seriously WTF moment since it indicates that people really don’t know how to move forward without looking back again and again. This is the nature of being a fan though, especially when it comes to impermanent things such as TV shows and movies. Fans don’t want it to end, they don’t want the story to move forward without their favorite characters, even if they’ve largely forgotten about them.

It’s nice to know I’m not alone in this as Jessica McKinney of Vibe is of the mind that the internet might not be ready for this either. Given how the series ended, with cliffhangers no less, there’s a lot to be ironed out and a great deal of work to bring the fans back up to speed with what happened. At this point they might just pull a complete redo of the series and forget that certain things ever happened in the original show, but as you can imagine a lot of fans might be a little upset at such a development and they’d likely be right to react in such a way. Personally I miss shows like Married With Children, Scrubs, and even Martin to some extent, but a reboot isn’t going to bring back the same magic that the shows had in the first place and it’s certainly not going to do much more than entertain those fans that actively turn their brains off when they start watching. In truth too many people that claim that they’re free-thinking individuals get so insanely excited at the prospect of seeing shows that were popular when they were kids or teens to really claim the title of ‘free-thinker’. Why would I say that? It’s pretty simple really, those that are free-thinking are usually forward-thinking and don’t look back all that often, which unfortunately is what a reboot or a remake does when they take old material and try to make it new again. Some find success and some find a good deal of new material to work with, which is what Moesha should hopefully do if the show plans on appealing to more than just those that are so excited to see the show now but wouldn’t have given it a second thought until the moment it was announced that the show would be rebooted. Funny how that works isn’t it? People give every indication of being able to move forward until you introduce something pleasing from the past that they just can’t seem to do without.

Back in its day in the 90s Moesha was a pleasant enough sitcom that worked on a number of levels for many people since it was a show that had a little something for everyone regardless of color, race, or anything else. The namesake of the show was a hot commodity at that point and went on to do a few things after the show, in fact Brandy has been pretty popular throughout the years and has had quite a career. But given all that she’s done to this point it might be best if the show never really came off the back burner, though it’s likely to do so since it sounds as though it might already be on the way. One more strike against innovation then and full steam ahead towards another reboot that’s going to remind people that Hollywood is running out of ideas or at the very least is ignoring where a huge wellspring of them might be at the local bookstore or online if they’d just look. From TV to movies to even stage productions there are thousands of ideas out there just waiting and it feels as though the writers that are hired out to write the scripts and screenplays are being told to ignore them and focus on the material that’s already been presented. That’s just one thought though.

Why Project Luminous is So Important to the Star Wars Franchise