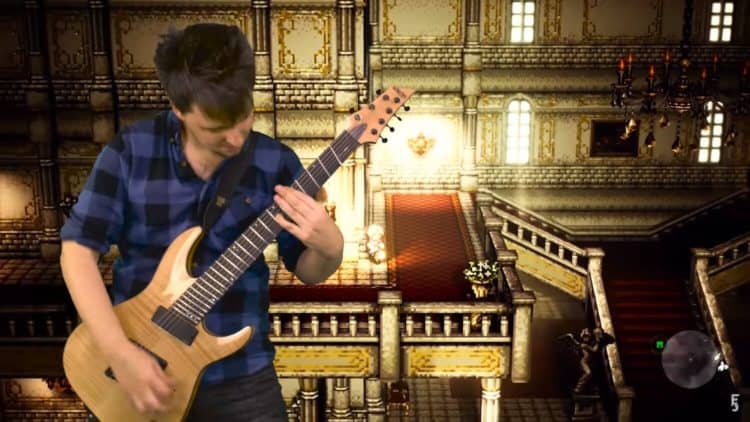 Anyone remember when video games didn’t have music to them? It’s been quite a while and given that a lot of people that play video games more than a couple of hours a month weren’t born yet, it’s likely that there aren’t that many people that can remember that far back. Think Pong, think the very simple games that had yet to do more than make noise when you played them, and you’ll have it. From that point on though music started becoming a part of video games for a number of reasons, though really the use of music for video games is and has been a great idea for a long time since not only does the music add another layer of interest to the game, it can keep people focused on the game itself as the background either soothes or pushes them to continue onward and even gives them a sense of urgency that propels them forward. With some games it’s just a nice backdrop, something to add to the overall experience but not count as something that’s absolutely needed. With other games the music really kicks things into a new gear and continues to keep the gamers pumped and focusing forward as they attempt to do their best and beat out whoever they’re playing online for bragging rights and a better in-game experience. As far as this metal tribute is concerned though it’s interesting to hear the difference in how gaming music has evolved over the years and just how complex it’s become as opposed to how it began.

Really though if the games get more and more complicated or stay simple and feature better graphics and better action it’s only natural that the music is going to get even better as professional artists start taking up the call and make their way to the studio to score tracks for video games. When you think about how unlikely that might have been back in the day it’s actually kind of funny to think that some people are excited about it now. It’s also fun to notice how some games have come back throughout the years and how their soundtracks have kept a lot of the same elements but have still grown slightly more complex over time as the game has changed. Maybe it comes from being old enough to remember when video game characters didn’t speak, the music was pretty much a canned and repeated beat, and things were a lot simpler, but today’s games are almost like movies when you watch them at times since some of them feature full cinematic experiences that actually take a while to allow the player to get into the story. Instead of a quick blurb you’re introduced to an entire back story that sets up the pace, the tone, and the world for the player so that the character is a little easier to understand and a lot less one-dimensional. Hua Hsu of The New Yorker has something to say about this subject.

Remember when it was enough to think that Mario and Luigi were just two brothers out to save a princess? Anyone recall how the music was just there and meant to serve as a backdrop to a game that many found that they could conquer in a matter of hours? That’s all changed throughout the last few decades since the video games we have now are like mini-movies that feature so many different bonuses and extras that they might as well be DVD’s with a game feature on them. It’s a great experience if a person can get into the game and thankfully the music is a big up since it helps to lift a person’s spirits, get them interested, and keep them that way for the duration as it serves as a means to bolster the gamer when they need a bit of direction or just a quiet moment of contemplation that can be added to by a score that’s accurate for the game. That’s one of the tricks after all, matching the music to the game, since otherwise we get an action game that doesn’t have the right feel to it thanks to the music that doesn’t quite match, or a puzzle game that might feel a little too intense if the music is too frantic and doesn’t follow the pace of the game. Picking the right music for a game can make a huge difference in how people approach it since while trying to concentrate some people prefer music that’s less challenging while others want music that’s going to keep their adrenaline at a nice even tempo or spiking as they attempt to fight their way out of a tight corner.

One way or another music has been a great addition to gaming throughout the years and has become an integral part of the industry that a lot of people couldn’t do without any longer.