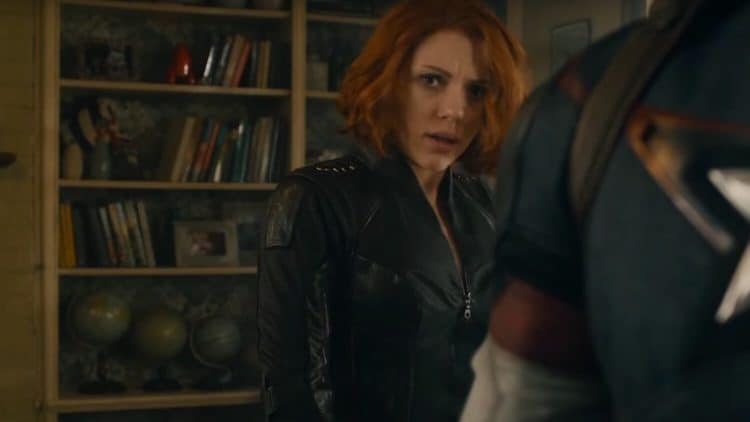 A Star Wars and Marvel marriage, hmmm. There are so many reasons why we could say that it might work between Black Widow and Kylo Ren and a lot that would support laughing at it and moving on, but let’s focus on the positives for the moment. One is that Natasha is extremely strong-willed and does have the kind of mental acumen it would take to keep up with Kylo and possibly accept his mood swings since she’s usually able to present a very calm and chill facade. On the other hand Kylo might find Natasha to be kind of a challenge since she’s not the type that just lays back and let’s a man handle everything in life given that she’s had to be extremely tough and driven for much of her existence. It could be that he might find this endearing and even appealing since having a strong woman in your life does mean dealing with a lot of challenges, but it also means life won’t be boring and, if both people in the relationship can make it work, there’s a much greater chance of forming a strong and cohesive bond that could strengthen over time and allow both individuals to challenge one another just enough to become better versions of themselves. That’s the positive side of this at least. Joey Paur of GeekTyrant likes it, so it can’t be all bad.

When the other shoe, or boot, drops is when it might be time to get concerned since both Kylo and Natasha can be very temperamental, Kylo more so than Natasha since it’s been seen what he does when things don’t go his way. This doesn’t look like a marriage that would have an overall happy ending largely because Ren is the kind of guy that really doesn’t like to be displeased and would go postal on just about anyone that doesn’t give him what he wants or needs. On top of that is the fact that Natasha just doesn’t always tend to be emotionally available since as a spy she was given the need to be as versatile as possible and the ability to fool just about anyone for as long as she needs to. In other words it would be a marriage of convenience since, and this might sound silly, the Resistance might actually send in someone like Natasha to take Ren out since not only is she great at masking her emotions and intentions, it does feel as though she might have at least some of her more emotional tendencies on lockdown. JK Schmidt of Comic Book also had something to say about this video.

It might even be safe to say that she would learn how to manipulate Kylo a little too well since despite his use of the Force Natasha is still a highly trained and very capable woman that might be able to keep her secrets to herself more often than Kylo would like. Plus, being a spy she’s definitely vamped it up a few times when it comes to getting close to certain individuals and gaining their trust. This has been seen in the comics as well as in the movies and not’s exactly something that’s beneath her to do. In short this marriage might appear to be one that would be kind of interesting to watch but it would also be one that wasn’t destined to end in a graceful or pretty manner. The funny thing is that it still feels as though if Natasha and Ben were to meet that it still wouldn’t work since Ben comes off as a very needy character and really requires someone that’s going to be a lot more emotionally available than Natasha can be. If this is the case then it’s likely better that these two would never meet in the first place if only because it would probably be the kind of meeting that initially would pit the two in a death match that wouldn’t go down this route.

Marvel mashups with just about any other universe tend to favor whoever the dominant writer is though and obviously someone was thinking that this particular match would be interesting to take a look at since these are two very popular characters that people like for different reasons and somehow someone thought that it might be a good bit of fun to see how they would match when it came to a relationship that will thankfully exist only in a mash-up since anything else would be stretching the boundaries as much as it happened with Marvel and Star Trek at one point. Mashups are a good bit of fun but now and again they get a little odd since this one is definitely worthy of a head shake considering that matching anyone from Star Wars with anyone from Marvel is kind of a tricky maneuver. But hey, it does put a smile on the face of a lot of people in the process. Becca Longmire of Flipboard has her own opinion on it as well.