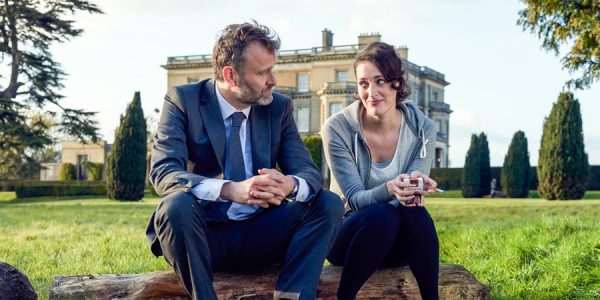 Fans love slinging theories left and right, and sometimes they’re pretty accurate or at least appear to be. When it comes to Fleabag, the theory of the foxes standing in for the priest’s unspoken desires and being used as the fans believe has been pretty close to the mark if not spot-on. It’s easy to think that a fan theory might be able to break down an entire series and give it a meaning that people didn’t expect, but the fact is that while the foxes in Fleabag might mean something quite provocative, it’s also possible that they’re something extra that was added in to explain the character of the priest and little else. It’s kind of obvious that the foxes were meant to be a small part of the story, but the fact has also been made that it’s a small part, not a major part as many people might want to think. The idea that fans want to see characters hook up in a TV show isn’t anything new and it’s actually kind of interesting to see who people are interested in when it comes to creating a bond within a show. But whether or not that’s bound to happen with this show is going to be uncertain since it would appear that there will be no season three unless someone changes their mind and brings it back. That means that fans are going to have to theorize and wonder ‘what if’ unless something happens to change the decision that’s already been made. It’s a bit frustrating to be certain but it’s something that tends to happen at the worst possible moment since, well, Murphy’s Law does tend to have a lot of validity at times, even if the case is mild and feels more like a graze of fate rather than a full-on bodyslam.

One can imagine that fans will continue to theorize and analyze and pore over the last two seasons of Fleabag to ascertain whether their desired theory is correct or not, but the point is that they’ll be working off of their own desired ending and not something that’s bound to make it to the screen anytime soon. If Phoebe Waller-Bridge does make a return to the series it doesn’t sound as though it will be right away, but rather sometime down the line, perhaps as a revival. As of now, she’s getting ready to appear in the next Indiana Jones movie, so there’s no telling where she’ll go after that or if she’ll be thinking that a return to Fleabag might be in the cards. Hollywood isn’t as much of a guessing game as people think since the fans tend to make it feel that way with theories and ideas concerning what happens to various characters when they finally exit stage left. But this theory is one of those that definitely appears to have some basis in facts that have been put into the show and could make it very likely that fans are on the right track. Priests in movies or in TV shows are often fairly complicated individuals considering their vows and the character they put forth in relation to the story that’s unfolding around them. Anytime a man or woman of the cloth is seen in a movie or show it’s tended to be taken as gospel that they’re going to be as devout as possible and won’t be able to forsake their vows that easily. But hey, things happen. A priest is still a human being after all, and not a single one among them was ever born into the priesthood. That means that a priest isn’t exactly bound by their earthly desires, but some part of them will always recognize that such things do exist, and thinking that a priest would ever do anything to break their vows is often a taboo that people can’t help but think carries a lot of significance.

But as many movies and shows have depicted, the priesthood isn’t for everyone and there are times when even one’s solemn vows might not outweigh their earthly desires. If Fleabag ever does come back it does feel as though this issue might be brought up again in some way, but perhaps it will have been worked out by then. As of now, people are still going to theorize and make their best guesses in relation to the show, and will no doubt come up with scenarios that they’d like to see happen, which is all well and good since telling your own narrative can be uplifting and even inspirational in a big way, and in some ways it can even help a person get over the feeling of missing a show that they were enjoying after it ends following the second season. One can just imagine how much some folks will be hoping for a season 3 to come along.