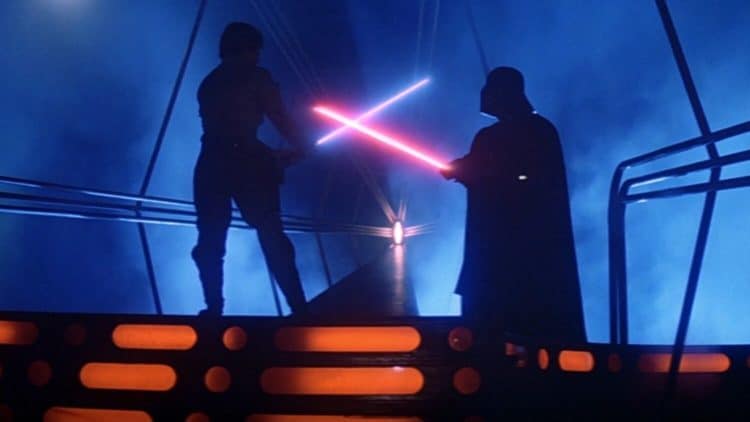 Things end, that’s the way of it and the fact that we have to accept from time to time, but the end of the Skywalker legacy and a new direction for Star Wars is something that a lot of fans are still trying to wrap their heads around. This fan-made trailer is one attempt to build up to what a lot of people are hoping will be an epic ending to a saga that has endured for decades now, and thanks to the music, the overall feeling that things are reaching a crescendo and final resolution, it’s hard not to be just a bit apprehensive since quite honestly the Skywalker saga has gone on for so long that it’s been ingrained within pop culture for some time and has become a very important part of many things throughout cinematic history. The references, the jokes, the satire, all of it has come down to the fact that George Lucas managed to create something so endearing, so insanely popular after its time, that even thinking it might end in some way is tantamount to a tragedy that simply can’t be fully understood or felt until it finally hits. The last movie is coming quickly and in only a few weeks people will be able to sit down and partake of the end of an era that we’ve been slowly witnessing with this current trilogy.

What’s keeping a lot of people on edge however is the thought that the final part of the trilogy might be a letdown. So far the expectations are low thanks to The Last Jedi since quite honestly things have reached a low in the Star Wars franchise, from the standpoint of the story if not the box office, that even the prequels couldn’t match. And if you followed fans’ reactions to the prequels and the seemingly undying hatred of Jar Jar Binks you’ll know what I’m talking about. Hopefully The Rise of Skywalker will be the mark that fans have hoping for throughout the trilogy, though of course perceptions will be just as mixed as they’ve been throughout the last two movies. The Skywalker legacy however is one unifying idea that needs to be handled with care since it’s already been mangled in the second movie and needs to be recaptured and treated with a bit more respect in the third and final appearance in the third. The legacy at this point is being placed on the shoulders of Leia it would seem according one theory, as Chris Arrant of Space reported, while some are still hoping that it might have more to do with Rey than others are thinking. Kylo seems to be a lost cause to some but might actually be worth redeeming to others given that even Darth Vader, one of the most notorious and vicious Sith lords in the history of the franchise, was finally redeemed at the end of Return of the Jedi. But in truth, the chance to save Ben’s soul and bring him back to the light side of the Force really seems like a desperate plea to wrap it up nicely and have done with it.

That’s just not how Star Wars is meant to go unfortunately, as within the wide galaxy it’s been noted that however much people want a happy ending, there’s always something that comes after it to remind us that life does go on and things will happen that will dash that happy ending to the ground. For some that happened the moment that Han was run through by his own son, and for others it was when The Last Jedi hit theaters and was seen as a walking dumpster fire with a serious feminist agenda that was bound and determined to run the franchise into the dirt. Hopefully this final movie will bring a bit of closure to the story in a way that will allow most people to enjoy it once and for all and put to rest the idea of Rey and Kylo and the strange ridiculousness that has been built up since The Force Awakens. It’s a bit stunning to think that despite the strength of the Skywalker line and the influence they’ve had over the franchise for so long that anyone would decide that Luke Skywalker should be a crazy old hermit, but that’s what we got and that’s where we still are at the moment. When even the actor that played the part however didn’t think it was accurate you know something’s wrong, but the director still didn’t seem to listen. Eric Kohn and Jenna Marotta of IndieWire have more to say on this matter.

As the Skywalker legacy is fading out at this point one has to wonder what’s going to be brought in to keep Star Wars enjoyable, and if it will become like another Star Trek at one point. Hopefully it won’t, but given the new stories that are coming out it’s hard to predict thus far.