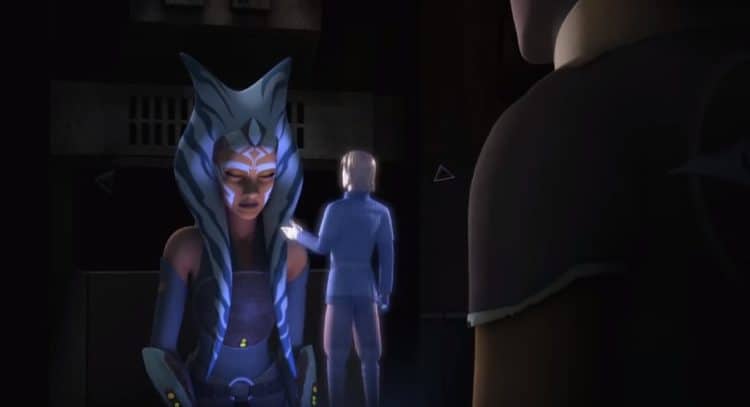 Really, how awesome would this be? When Ahsoka Tano came in she wasn’t exactly the darling of everyone and it could be said that she isn’t even now since she’s been kind of a problematic individual since she was introduced. But apart from that she’s been one of the most entertaining characters that was introduced during the Clone Wars saga, though she didn’t really last much beyond it since she eventually left the Jedi Order after having to clear her name following a rather heinous charge. There have been a lot of fans that have done their best to justify Ahsoka’s legend and it was no doubt fully appreciated by many when she was brought back in to the animated show as an adult, wielding silver lightsabers and keeping her connection with the Force. Giving her a standalone movie would be nothing short of brilliant since it might confuse some fans but it would definitely impress many others.

Ahsoka came in as a rather vibrant character with a lot of attitude that was seemingly created to temper Anakin in a way that few others had managed to do. She was without a doubt a challenge to the Jedi since she didn’t often do what he told her to do and would gladly question just about everything. In a lot of ways she was like a young Anakin, but without as many personal hangups from her past to send her careening down an uncertain path. That didn’t really help though since she still managed to land right in the thick of the mess that was Anakin Skywalker’s life, an uncertain realm that managed to consume a few people in his time. The female togruta was a fierce and very dedicated padawan, and would have likely made a very wise and tempered Jedi Master had such a path been hers to walk. But as a lot of us who have watched her story know at this point that she was eventually framed by her fellow padawan, Barris Offee, and was banned by the Jedi Order. Even when her master spoke up for her and cleared her name Ahsoka decided to simply walk away as her faith had been shaken to the core.

From that point on it was assumed by some that she would no longer take an active role in the franchise, but as Cat Wyatt from ScreenRant reminds people she did eventually come back as when Order 66 came down the pipe she went into hiding and eventually joined the growing Rebellion, allying with Bail Organa as she took charge and eventually became a very important character. She was destined to meet her old master again though, and by that point he’d become Darth Vader, a true powerhouse that even Ahsoka found daunting as the two of them fought to what seemed like a mutual amount of destruction. In truth that seems to be where the story should have ended for Ahsoka, as she died a noble death trying to destroy the monster that her master had become. Obviously Darth Vader survived the explosion that should have been the end of both of them, but eventually Ahsoka was brought back by a future Ezra Bridger using a form of time travel, and she went back to her own time. This is where things tend to break down a bit, at least for me.

Great characters deserve great endings as Christopher Fiduccia from ScreenRant might agree with, not a continual chance to come back and wear their story down to a nub as the tale keeps going and going without any clear idea of where it’s going to end up. Ahsoka wasn’t much of a beloved character when she first came in, but her exit should have been one of the grandest bits of Star Wars history ever devised, as moving forward the canon would almost have to be stretched insanely thin to explain why she hasn’t been seen throughout the Star Wars universe after Bridger brought her back. Of course there will be writers that will find a way to make it all twine together and make sense, and it will be enough to say that if it’s done well, Ahsoka could hopefully be made to run her own story moving on. But again, that ending with Vader seems like it should have been her swan song, a fitting end for a warrior that had walked away from what she loved but returned to do something spectacular. If the writers can bring her back into the fold and make it work, and create a story that would befit the status of this young warrior, it would no doubt be accepted by a lot of Star Wars fans and even those that don’t know much of anything about the character.

That being said, I can imagine that a lot of people would love to write her story, as it’s one of the most tragic yet inspiring within the Star Wars universe.