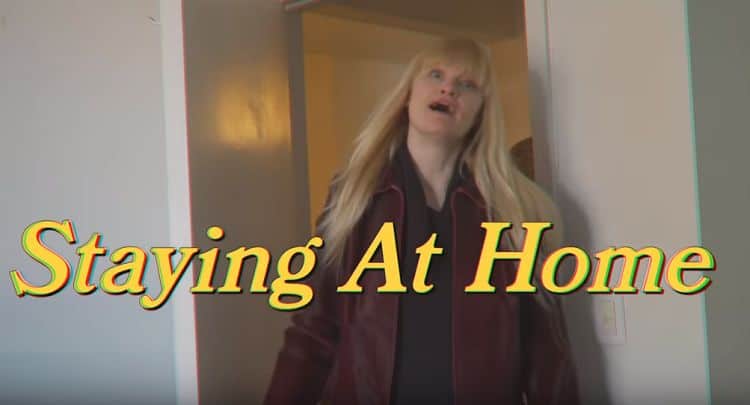 America is scared but America is also bored and it kind of shows since at this point anything that happens to highlight how the average household is living is bound to be seen as a sign that cabin fever might be setting in. Sure it’s funny, and it’s important to laugh during times like these so a faux sitcom intro is bound to be something that a lot of us look at and get a good chuckle at. But being that it’s also a sign of the times is kind of saddening in a way since this is how life is at the moment and it’s not bound to change anytime soon since the idea of what the coronavirus is and what it’s doing to our society isn’t bound to slow down. There are way too many arguments about the matter to fit into one article as things have become political, they’ve been commented on by celebrities, and people around the world have chimed in so as to offer their opinion on the matter whether it was asked for or not. The worst part of course is that the sense that it would make to stay home and practice social distancing, as well as good hygiene, which should be on our minds anyway, is somehow an alien concept to people as brushing your teeth and taking a shower apparently aren’t high priorities for people.

The priorities of many individuals have been brought into question in a big way during this pandemic and in a big way it’s been seen that a lot of people don’t have their stuff together as much as they thought they did. From hoarding to binge-buying to politicians not agreeing on how to give relief to the people out of work, or if they’ll even do it to start with, the world is slowly but surely slipping towards the post-apocalyptic mess that a lot of people have been predicting for a long time now. Philip Golingai of The Star has something to say on the subject of politics during this time. Whether or not we’re bound to see the Mad Max days come within our lifetime is a question that some people have been posing as of late, but until things start popping off in such a way it’s very easy to just tell people to calm, the hell, down. Getting them to do it is a little harder than all that, but telling them is simple enough. Going from a technological era to fighting over packages of toilet paper though is kind of nuts since among many things one might think that people would fight over consumables, but over toilet paper? The general feeling is that if you need toilet paper that badly then you might be suffering from something worse than COVID-19. Stupidity is after all one of the most virulent diseases in the world and it has no known cure at this time.

It wouldn’t be too surprising to see an actual show such as this come to light if the studios ever do get to go back to work, which they should since unless the virus is bound to mutate into something far more deadly than it is, fingers crossed that it won’t, then eventually it should pass. It might help if people would take it seriously enough to quarantine themselves and avoid being locked down like California, but of course humans are going to be humans and a lot of people are going to do what they want no matter the risk since hey, that’s part of life, right? Luicija Adomaite and Li Nefas of BoredPanda have more to say regarding this matter. I’d be one of those that would agree, it’s part of life, as we have the right to do what we want, but at this point and time I’d also point out the infecting others, even if you don’t get sick, is irresponsible and not to mention something a fool would do. In a way it’s no better than sending a kid without their vaccinations into a school setting during flu season while they’re sick, the responsibility lies with those that allow it to happen, and as such those who are responsible are the people that are helping to make it worse. Obviously there’s no legal precedent in place to force said people to stop living their lives as they desire, but a statewide lock down is often serious enough that it won’t just disrupt the lives of the locals, but also those that have to cross state lines regularly as part of their job. Those that perform essential functions in society are typically still being allowed to pass, but spring break or no, vacation time is over, visiting relatives is done, and life kind of shuts down in a lock down, at least when it comes to going where you want and doing what you want.

Hopefully this show won’t be the norm for the coming years, as the comedy might not be as useful after a while.