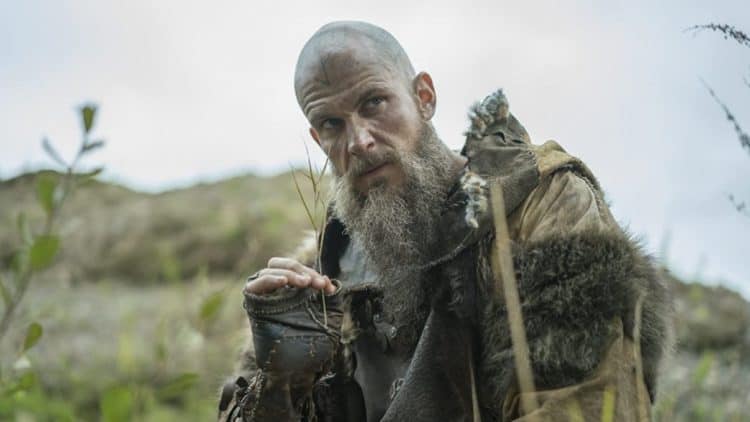 Someone like Floki couldn’t possibly go out being buried alive, or crushed, or in any other way, could he? It doesn’t sound likely, but many people are questioning whether Floki will return in season 6 of Vikings and whether he’ll come back to be the new seer of Kattegat, especially since Ivar killed the last one. The only problem is if Floki does come back, then what? Keep in mind that the last time the show was on the air, Ivar was part of an invading force, not a ruler, and not the king. Prince Oleg has taken the lead in this particular case, and since he appears to be a man that is just as ruthless and as unbalanced as Ivar, it’s very likely that he will want Kattegat for his own, or he’ll raze it to the ground. It’s already been seen that Ivar’s forces had taken over and that Bjorn Ironside had fallen to his brother. Of course, we were left on a cliffhanger as it wasn’t certain yet if Bjorn was in fact dead or if he was somehow alive still. But the future doesn’t look great for the city of Kattegat in any case, since Ivar and Prince Oleg aren’t of a mind to do much more than conquer. Fans might have been hoping that Bjorn and his forces would have pulled through and made a stout defense of the city, but obviously that wasn’t the case.

If Floki does return when the show comes back it feels as though his role as Seer could be possible, as he and Ivar have rarely been at odds, but with things changing so rapidly, it’s hard to say what’s what and whether or not old allegiances are going to stay the same. With Prince Oleg bringing his own style to the city it feels as though many things will change in a big way, though whether Christianity will be seen to take over the way of life that many in Kattegat practice, or if they’ll be left to their own traditions, is hard to say. Floki has been such a devout follower of the gods since season 1 that it’s hard to imagine that he would change his mind at any point since he’s been firmly set against the ‘Christ God’ for so long that seeing him break could be kind of difficult, even if he expected to find his gods and found instead the one symbol that has plagued him so much since the series started. He’s been a curious character from the start, a bit unhinged and definitely troubled in many ways that are hard to fully describe, but at the same time, Floki has stuck to his beliefs more often than not, even when it appeared that the gods had forsaken him in one way or another. But seeing him as a Seer would indicate that his life had changed to such a degree that the psychological torture he’d been putting himself through had finally caused some sort of lasting change that he could not come back from. When you figure how much Floki has lost throughout the seasons, from his family to his friends, it’s not too hard to think that he was getting close to his tipping point.

But somehow it still feels that casting Floki as the next Seer might be premature since, despite the cryptic words he received from the last Seer, Floki is a bit high-strung at times and might be the kind of oracle that feels just, unhinged in a way, uncertain and definitely not quite as reliable when it comes to seeing the future and what it might hold for those that ask. But with so much of the cast having died off at this point it does feel that the end of the show is warranted as it approaches, and perhaps the theory that Floki will become the Seer is just that, a theory. If anyone else is going to be taken out then Floki might need to be among them, if only to end his torment and pain. It would appear to be a kinder end to Floki’s internal anguish than many might give him, or that he might give himself. But thinking that his life came to an end upon finding the stone cross is kind of a cheap way to go if that’s the case, which is why many might feel that it’s not bound to be the end for the famous shipbuilder and former friend of Ragnar Lothbrok. Floki deserves something a little more memorable and not as ignominious.

The ending of this show is going to be a saddening thing to be certain since it’s been a great program, even if it’s not one hundred percent accurate. It’s been a great story, that’s the whole point of it.