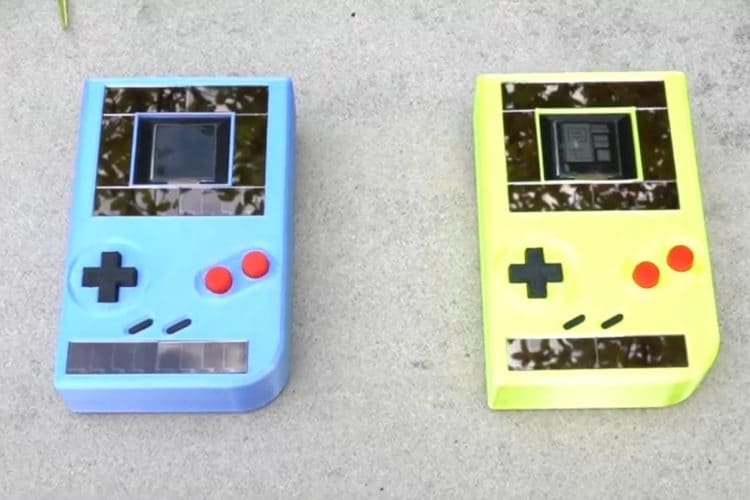 A lot of us have been there, playing on our Gameboy and experiencing one of the greatest games of our life, when all of a sudden the power kicks out as the batteries give out and your game is utterly lost. Okay, so maybe some people had the foresight to stock up on batteries and switch them out regularly, but if one could use solar power and had the ability to generate energy to power the game by mashing the buttons, would it be worth it? Apparently that’s the thought behind these new Gameboy prototypes since solar power is already a big thing with a lot of folks, and the ability to power a game system using the buttons as a way to gather energy could be something that a lot of people could get behind. But the idea of this being a perfect system isn’t quite as true as people might want it to be. Solar technology is great to be certain, but it’s not quite as reliable as people want to believe at all times since the term ‘solar’ indicates that it’s not going to play well in artificial light or anything that doesn’t manage to generate a current. Plus, the fact that some games don’t take as much button-pushing as others is certain to be a factor.

It does sound as though the designers have thought about this and have found a way that device can switch back and forth from power modes in order to make the Gameboy work without needing to be recharged, but one has to wonder what happens when the Gameboy is left for long enough without being played. Is the device going to hold a charge for that long? What about winter months in some regions where the sun doesn’t shine as often. It’s true that one can gain access to solar energy during cloudy days at times, but it’s still a bit inefficient for the needs of something that requires a substantial amount to keep running. Plus, it does sound as though there’s an interruption every ten seconds that only lasts one second but is still noticeable since it happens repeatedly. How this is going to be fixed isn’t known at the moment, but it does sound like a rather big issue to be sorted out, along with the idea of the solar power being made plentiful and the charge remaining within the device.

This idea is sound enough to get behind it, but at the same time the reliance on solar power, which is a good thing to be certain, is still heavily reliant on what a lot of people call ‘dirty energy’ since it still requires manufacturing and the production of said Gameboys to be useful. This is what a lot of people don’t tend to get, and while the idea of generating power by mashing buttons sounds like an interesting concept it tends to make a person think that the power that’s being generated just by pushing buttons is going to be more than enough to make the device work when there’s no solar power to be had. But what does that mean? Does it mean that a player will have to keep pushing the buttons to keep the lights on and the game going? That sounds like an exercise in exhaustion simply because it doesn’t sound feasible to keep a Gameboy running without one’s fingers dancing over the buttons and hitting them as often and as hard as they can. As much as some people might actually do this, it doesn’t sound as feasible as anyone would try to make it. In a big way, it sounds like a fanciful idea, though if it can be made to work it could still be something that’s not quite as reliable simply because a lot of people don’t sit and mash the buttons as much as professional gamers might. That’s a big reason why this model kind of fails immediately since it doesn’t sound as though there are any real guarantees that it’s going to be the same experience for everyone or that it’s going to work as promised. And that interruption every ten seconds does sound as though it would get a bit old after a while.

The Gameboy has gone through an evolution just as much as anything, and if this is the next step then it might be worth looking into if those that are designing it can work all the bugs out of the system and really make it work in a practical fashion. The issues that were pointed out above are rather practical, even if there are plenty of arguments to refute them. Solar power is great when it works, and it does for the most part, but when it comes something such as a game system it feels more like a fanciful idea than reality at this point.