Home
Entertainment
This is the MCU’s Plan for the Next Five Years, According to Kevin Feige 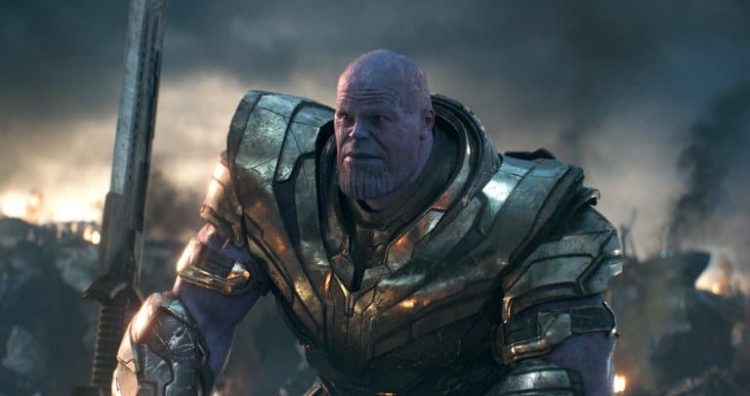 If you’re a fan of the MCU it’s likely that you’ve already joined the chorus and are chanting ‘what now’ after Endgame’s credits stopped rolling and you heard that distinctive noise at the end. Well, if you thought that they were going to take a nice long rest then you haven’t been paying close attention for the past decade since they’re always up to something and are always moving forward. As Ana Dumaraog from ScreenRant has already reported the MCU already has a five-year plan in which they’ve laid out just what they want to do and in which direction they want to move. There are sequels coming, new movies that will introduce new characters into the MCU, and of course there’s Disney+ that will be hitting the scene eventually with new series that will make use of certain characters that people have been waiting on impatiently in many cases.

Adam Holmes from Cinema Blend drives home the point quite nicely that things have changed that will alter the landscape of the MCU moving forward. If you didn’t realize that from the past two snaps then chances are you will when things get revved up again and start hitting their stride when Spider-Man: Far From Home hits theaters. A great deal has happened during and after Endgame and there’s going to be a lot more that the MCU can do now that the Fox merger is well and done and there are a lot more characters that can be accessed. A lot of people are wanting to see the X-Men brought back into the fray, while some might even be wanting to see the Fantastic Four given a bigger role under the guidance of someone that can do something with them. According to those in charge there are at least 20 movies set to either come out or begin production sometime in the next half-decade, and while we know some of them, such as Black Panther 2, Doctor Strange 2, Guardians of the Galaxy vol. 3, and so on, there are others that might only be ideas at this point but will end up being fleshed out when things continue to roll along.

While some folks might actually think Disney snapping up Fox could be the sign of the end of times when it comes to overall creativity and the freedom to be versatile and independent within the movies, others are excited since it gives Disney free rein to actually put some time and effort into the characters that belong with the Marvel universe. Quite honestly having them all in the same stable where they’ve belonged for so long is a boon since it allows the creative teams to really go nuts and do what they can to finally integrate the different story lines that have been intersecting with one another for so many years. As a fan of Marvel comics it’s actually nice to see so many of these heroes and villains finally able to come together and possibly give us the movies and TV shows that we’ve been hoping for throughout the years.

Rick Marshall of Digital Trends seems to reinforce the idea that we’ll be seeing a few more characters come into the MCU as the years start to roll by, but he also indicates, as others have, that a few of the most iconic members are well and gone and could stay that way. Moving on without Captain America, Iron Man, and even Thor seems like an odd idea for the Avengers since the three of them have been so prevalent in the series for so long, but as it stands Chris Evans and Robert Downey Jr.’s contracts have expired and they actually seem to be looking forward to moving on from the MCU. Chris Hemsworth might pop back in for another Thor movie but nothing’s set at this time and to be honest he might only rate as far as a cameo in the new Loki series unless something truly monumental is planned. One has to remember that, spoilers, he did give up his spot as king in Asgard to name Valkyrie the queen by the time Endgame was over, but it’s always possible that he could show up once again since he did make it known that he’d be joining the Guardians of the Galaxy.

The next five years should be interesting to be honest since at this time the MCU is keeping its cards close to the chest and isn’t giving out too much that wasn’t already revealed in terms of who’s coming to the party and which characters are going to be introduced in what way. A lot of us are hoping for various teams and individuals to be given prominence without a doubt, but we’ll have to wait and see what they’re planning before we get too excited.