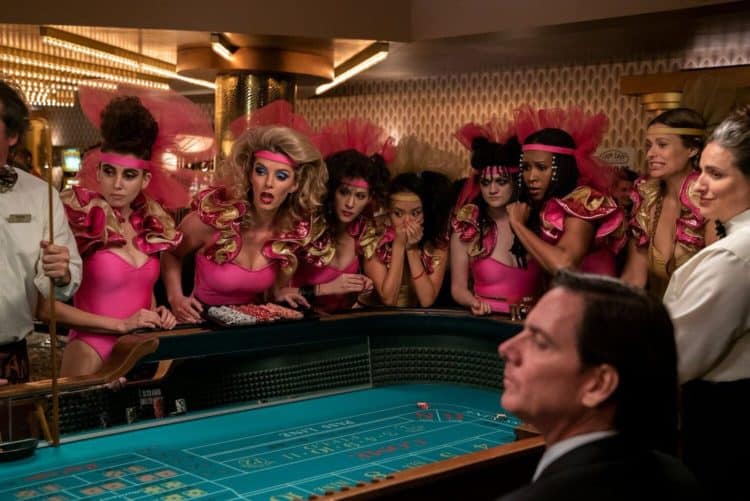 It feels like Netflix cancels shows for absolutely no reason, doesn’t it? There’s a reason behind it, but people might not like or accept it since a lot of folks want to see their favorite shows keep coming back again and again, but it’s not bound to happen with all of them since Netflix tends to pay for an entire season rather than just a pilot as network TV does. The rules are a bit different in this era since Netflix has become the streaming giant it is by offering as much content as it possibly can, even if it ends up jettisoning a few shows here and there in order to make room and ensure that it continues to keep people interested. On top of that, Netflix has had to give up a pretty big amount of content to other streaming networks such as Disney+ since they no longer had the rights to said content. But as one can easily see, the streaming network has continued to climb and things have continued to look up, and up, and up as the years have gone by. Those that have tried to enter the streaming wars and outdo the competition have usually come up against the cold, hard fact that Netflix is the most dominant among the big names for a reason, and will likely remain so for a while to come since they continue to purchase and create the kind of content that people want to see, even if they have to get rid of a few shows now and again.

A lot of streaming networks can’t really afford to get rid of a lot of content largely because they don’t have that much to cover for it, meaning that if they continue to cancel shows, they might find themselves slip-sliding away from the competition and down a slippery slope that might land them in the gutter at some point. Netflix can afford to cancel shows if they don’t quite fit with their idea of what’s popular and what fits with their programming since there’s usually something to put in place that can continue to bolster their profits. It’s a cold and calculating way to look at it, but this is a business, and Netflix is looking out for their bottom line, even while they’re trying to keep their subscribers entertained. The one thing, among the many, that can sink any entertainment icon, is not paying attention to the desire of the fans, and while Netflix has definitely angered several people with their decisions over the years, they’ve also done a great deal to make up for it and to keep subscribers coming back since the original content that continues to come out isn’t just the type of material that people want to see, it also tends to feature some of the greatest actors, directors, writers, and producers that the entertainment industry can provide.

Plus, with the way 2020 has been going, Netflix and other streaming sites have been a huge save for the entertainment industry since the box office numbers have been tanking to such a degree that in some cases the showing of old movies has been more successful in terms of ticket sales than anything else has. Tenet was one of the only big-name movies that came over the summer, and its box office numbers were evidence of how things have been lately since theaters have been suffering in a big way. Like it or not, streaming services have been one of the biggest saves that the entertainment industry has been able to rely on, and Netflix is king due to the amount of content it possesses. The fact that it’s had to toss a few shows to the curb is regrettable since some of them have made it past the first season only be canceled in the third season or further on, but there is an explanation for that as well. Those that have been given a second season might not have a workable storyline that can continue to be pushed, or it’s even possible that due to the current pandemic that filming just can’t continue and, unfortunately, Netflix isn’t willing to bank on the idea that they’ll be able to return at some point. It’s a business, that’s what a lot of people need to remember when it comes to canceling some shows and keeping others since the bottom line isn’t that Netflix wants to do this, but it becomes necessary when a show can’t pull its own weight or isn’t gaining the attention that is needed to keep it around.

Some folks would want to argue that the shows that have been dumped have been doing that and more, but they’re looking at this matter with emotion, not with the clinical eye that those at Netflix have to use continually. From a business standpoint, it is about quantity, but thankfully Netflix still cares about quality as well.