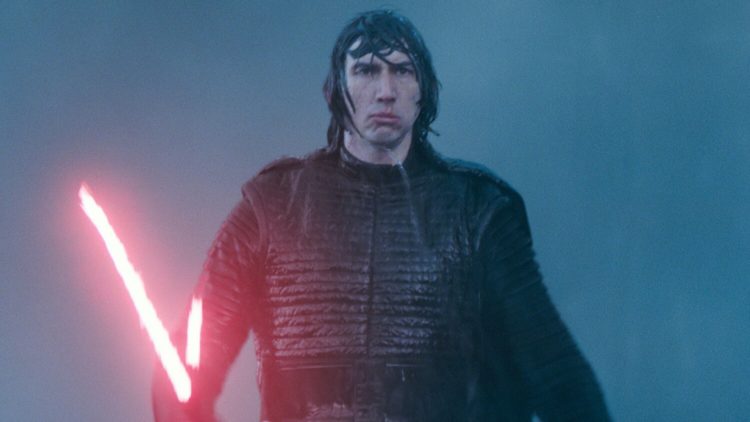 With all due respect to Colin Trevorrow….no. This Sith villain that people had never heard about is likely best kept within the archives as a character that was never brought to full light and is only available as part of the leaked script that never made it out. Not only is there the mention that this creature, Tor Valum, trained Palpatine, despite the prequels going into the story of Darth Plagueis, Palpatine’s former master, the simple idea of this creature being that threatening doesn’t really come off that well from the picture. Of course, as Kevin Burwick of MovieWeb mentions this was just one look at the villain that could have been, the concept might very well have changed had he stayed on with Rise of Skywalker, which in his version would have been labeled Duel of the Fates, a title that’s a lot more ambiguous than a lot of fans would have cared for. It’s fair to say that ROS received the one villain that made the most sense and didn’t send the saga, which was meant to end, rocketing off in another direction that would have greatly confused the fans and left them wondering just who Tor Valum was and where he’d come from. There are still plenty of questions surrounding Palpatine and how he survived his ‘death’ on the Death Star, but at the very least he’s a known commodity and someone that’s even scarier given that he’s come through an ordeal that would have ended many individuals.

Some might call the act of bringing Palpatine back pandering or catering to the fan base, and it is kind of since it’s a very safe and desired move, but it was also a means of wrapping up the Skywalker legacy in a manner since Palpatine was there from the moment that Anakin Skywalker started becoming a big deal, so it’s only fitting that he still be around when the nephew of Skywalker is still struggling against his own nature and finding his way back to the light. Corey Chichizola of CinemaBlend has more to say on this thought. Introducing another character at this juncture wouldn’t have necessarily been bad but it would have felt as though the filmmaker was attempting to jam in as much information as possible without being able to give as much of a back story on Tor Valum as a lot of people might have wanted. It’s very true that Palpatine’s back story had to come via the books and comics, but the difference is that we’ve seen evidence of his plans in motion throughout all but two of the nine movies, and this is largely because The Force Awakens and The Last Jedi didn’t exactly feel as though they synced up as much as they should have thanks to the different directing styles. To learn that Palpatine has been the mind behind the scenes the entire time is both insidious and kind of gut-wrenching since it means that he truly is one of the most devious masterminds in the Star Wars universe.

There’s always room for a new creature or character in Star Wars, but it helps, especially if they’re going to be so influential, to establish them early on in the movie or trilogy so that fans can get used to them and do their research so as to learn as much about them as possible. Otherwise there’s little if any real connection to the character and they become less important and therefore more of a hindrance to the story than anything. Simply slapping Tor Valum into the story at this point would have been kind of hard to accept for a lot of people, even if folks are claiming at this point that they would have liked to see this in the overall story. It’s amusing really that anyone would say this since at this point Tor Valum is something new, a quandary to look at and wonder about since we never got to see him in action. Had the creature and his story actually made it onto the big screen it’s not hard to think that a lot of people claiming they’d want to see it would turn away and wonder just why in the world it was allowed. We won’t know at this point since it didn’t happen, but the fickle nature of fans is enough to help predict that Tor Valum and the sudden about-face to the movie and its story would have been met with as much skepticism as The Last Jedi.

Palpatine was one of the only villains that could have set off ROS in such a big way since the ending of a saga deserved a villain we’d seen but that we thought had been dealt with a while back. This also gave testament to the idea that Palpatine was insanely strong in the Force as many fans have come to realize, and as such it would take an exceptionally tense battle scene to finally put him down. So yeah, Tor Valum could have been an interesting character had he been introduced sooner, but there was little to no place for him in Rise of Skywalker.