Home
This Is Us
This Is Us Review: Another Clue Brings Us Closer To Jack’s Death 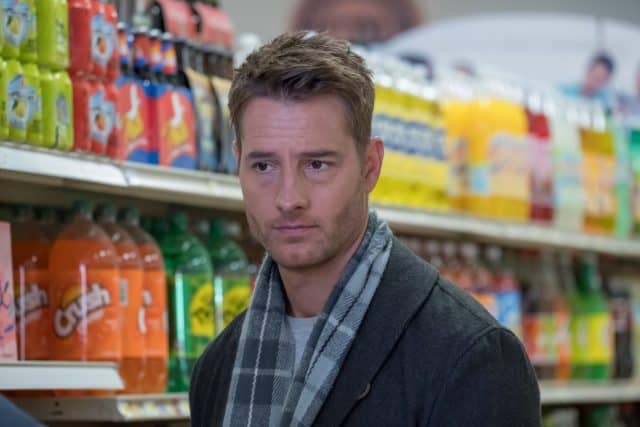 Following the heavy feelings that came out in the Pearson family’s therapy session last week, This Is Us is trying to get back into filling in some heartwarming lessons of the past. This is especially important as we get more clues about how Jack Pearson died. This particular past timeline is moving along quickly. The everyday conversations Jack had with his children gain more weight the closer we get to the time of his death. As his kids presently struggle to picture the big moments ahead without him, the audience gets a big clue that points to how Jack died such a tragic death. The worst part about it? It might have been preventable.

Randall is a lot of things, but subtle is not one of them. Instead of proactively going after things, he’s waiting to be inspired. He gets very, very excited when he finds one of William’s old poems. Since Randall doesn’t know everything about William’s past, he assumes that the poem is about a “Lady” William was in love with. William was actually referring to “Lady Day” herself, Billie Holiday. More specifically, the poem was about her poster outside of his apartment window. “Clooney”-the cat, not the actor-provides Randall with the answer he is looking for. Randall wants to buy William’s old building with Beth and refurbish it for Beth’s company. It’s a little out there, but Randall’s out there ideas tend to work out.

Kate got some very strong perspective on the mindset she has about her weight. Kate was the first person to make fun of Skinny Madison for going to a weight loss support group. But Madison has a real problem. She has body image issues, they’re just a little different than Kate’s. Since Madison helped Kate through her fears about motherhood, she and Madison have been friendly-ish. Madison actually helps Kate feel pretty by helping her go wedding dress shopping. Kate gets excited about her wedding, but she also has a front row seat to Madison running to the bathroom to purge. This is something that Kate understands because, as we see in flashbacks, she practically starved herself when she was a teenager. She got to her desired dress size, but the girl she saw in the mirror still wasn’t enough. That’s what having body issues means. It is a deeply rooted psychological sickness that takes over your life, making you think that nothing you do will ever be good enough. Both Kate and Madison get this. They could be good friends, but Madison really should be in a different support group.

Following rehab, Kevin needs to dip his toes into the real world before diving deep back into the waters of his life. Moving in with his mom seems like a good place to start. Except Kevin moves in with Rebecca and Miguel. Once upon a time, Kevin and Miguel got along (and it is in this flashback that I understand how How I Met Your Mother got the idea for “Let’s Go To The Mall”). Miguel empathized with Kevin’s need to wallow after a loss. It wasn’t that Jack didn’t feel pain. It’s that he knew what he would do when he let the pain control him. That’s why Jack was always looking on the bright side. Kevin might have grown into that if Jack hadn’t died. Now he has to deal with his stepfather, and he needs to change his attitude towards him. It’s a really tough, some might say unfair, question that Kevin asks Miguel. But Kevin needed to ask it, because he needs to stop holding things in. Miguel did not love Rebecca before Jack died, because there was no Rebecca without Jack. There’s just no other way to explain that kind of love. That doesn’t mean Miguel and Kevin can’t coexist now. In fact, Miguel can be there for Kevin the way he was back then. Not as a surrogate dad or a replacement for Jack, but just another guy to talk to.

Lastly, we got another terrible clue about Jack’s death. We could see from the flashbacks that we’re getting closer to the moment. All of the clues are coming together. The Pearson house has its dog, Kevin’s leg is broken, Randall is getting the girlfriend who will comfort him, and football season is almost over. And Jack forgot to buy new batteries. That doesn’t seem like a big thing, right? It is if you take a closer look at the house’s smoke detector. If Jack doesn’t hear the sound of a smoke detector during a fire, and he’s somehow in a position where he can’t get out of the house, then we can guess how Jack Pearson dies.

Next week might be the moment This Is Us fans have been dreading. Tune in to see if this is the end for Jack.

This Is Us Season 2 Episode 12 Review: "Clooney"

This Is Us reveals a small, catastrophic detail about Jack’s death.