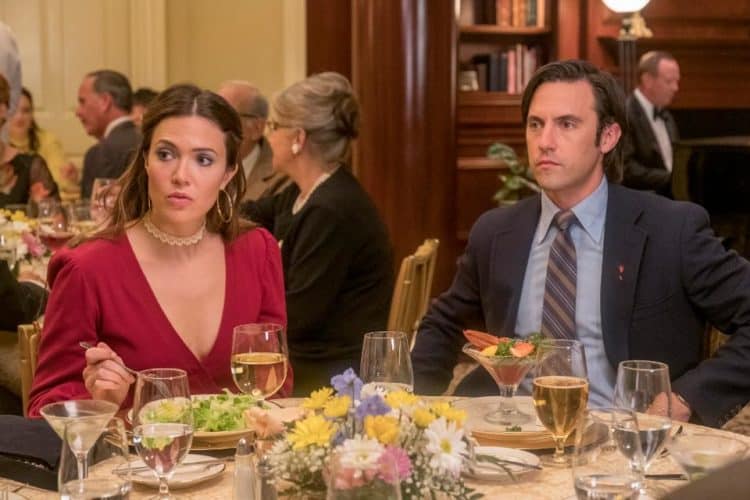 Just when fans of This Is Us felt they had a good grip on things it would seem that they’re about to be reminded of a character that they’ve been clamoring to see for a while, and it’s bound to set things in motion on a new scale that may or may not be all that positive. Of course when an old girlfriend returns, a girlfriend that just happens to be the mother of Malik’s child, things are bound to get just a little complicated. One thing that fans need to remember though is that a lot of them have been wanting to see this happen for a while and given that it’s sometimes hard to get directors and producers to listen it’s also something special when they finally give people what they want. Ana Dumaraog of ScreenRant is of the mind that fans are likely to want to know more about the story concerning Malik and his ex and will be hanging on with baited breath to see what happens with him and Deja.

Chances are though that he and Deja are going to become even closer after this despite the baby mama drama that is about to blow up in his face. Also, the fact that his ex’s family wanted to put the baby up for adoption and he said no has to be a sore point between them since it would almost seem that the ex coming back now might mean that she wants to get to know her child and, as it would happen, things could get even more messed up because of it. If you’ve been watching the show for a while now then you know that there are likely to be a great deal of emotional scenes to come since drama is what this show is all about. But if you’re expecting things to be ironed out that quickly then you might be kind of disappointed. This show has been leading people forward, not leading them on thankfully, for a few seasons now and it’s pretty obvious that enough people are emotionally invested in this program to the point that shaking things up now isn’t really going to cause a huge stir even though it will manage to keep the ratings going and will possibly continue to keep this as a favored show among the people. The Pearson’s have presented themselves as not quite the perfect family but they have been shown to be the kind of family that know how to rally around one another when the need is great and when they want to know they can count on each other. As TV families go they’re probably one of the most popular at this time and without a doubt are the family that people are talking about quite a bit. Connie Liou of the CheatSheet has a few other things to say about the show.

Throwing a wrench in the works with an ex that might come in cause the kind of trouble that some folks might be expecting is of course something that you might expect from a story that needs to keep rolling forward in order to be just exciting enough for people to keep watching. But in a big way it also seems as though the show is doing this in a manner that will be seen as natural and realistic and not at all made only to keep people around for a little while longer. The downside of getting so involved unfortunately is that the show is already building towards its end. As Heather Finn of Good Housekeeping wrote a short while back this show has been mapped out for a while when speaking of how many seasons it was intended to last, and it would seem that it could last a few more seasons before being taken off. At that time some people might be wanting some closure while others might want to see it keep going for as long as it possibly can. The thing with a great story however is that the longer it’s made to stick around, the less material it can keep dishing out that’s considered new, likable, and possible to relate to. Eventually every story has to stop if not end.

Thankfully fans don’t have to think too much about that at the moment since This Is Us is still going strong and still has plenty to give in terms of story and emotions when it comes to the Pearson’s and whatever it is that they’ll have to face in each coming episode and season. The show will last for a while longer and will continue to tell the story of their lives in various ways so that people can keep the tissue companies in business a little longer and sob their eyes out as they get a full helping of human emotion and them some with every episode.