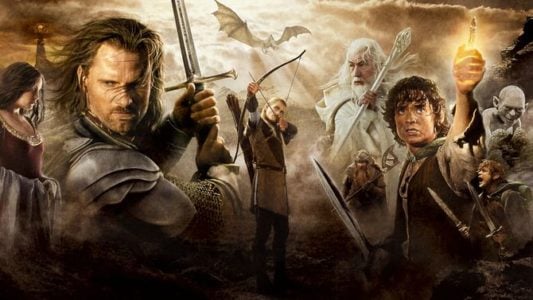 I’ve always wanted to see the Lord of The Rings lore be expanded beyond the movies. The trilogy was just perfection, so The Hobbit trilogy should’ve lived up to that, right? Yeah, no. That’s unfortunate, especially for guys like me. I’m a Lord of The Rings nut and I’m itching to see more of Middle-earth. My hopes were answered with this upcoming series coming to Amazon Prime. I mean, no more Game of Thrones, so there’s got to be another awesome fantasy show to fill those shoes. Let’s just hope this series ends on a much better note. But I’m getting a little ahead of myself here. The series’ production was put on hold due to COVID, but they are getting back on track. It’ll come (hopefully) in 2021 and we Lord of The Rings fans should be beyond excited. Middle-earth is a big world and needs more exploration.

What intrigues me about this upcoming series is that it will be set during the Second Age, long before the events of the Hobbit films and the original trilogy. I won’t lie, I’m not entirely familiar with all the lore took place outside the movies, but I know some. It’s been confirmed that three particular characters from the films will be returning, and they’re are significant characters. They are Elrond, Galadriel, and the dark lord himself, Saruon. Don’t forget, in the realm of Lord of The Rings, Elves are immortal. These characters were well alive and doing all kinds of things before regular men and Hobbits were around. That’s good, because they’re essential to what will be happening in the upcoming series.

A quick history lesson for Middle-earth: The Second Age was the time when the rings of power were forged. I may not know all the details, but I know who was involved with the forging of the rings. Let’s dial back for a minute and talk about essential characters. The Lord of The Rings series is filled with amazing characters, but since the series takes place decades before the films, it will likely contain characters we’ve never seen before. That’s not a bad thing, far from it. I’m all for introducing new characters to the franchise, but we can’t forget the ones who made it.

That’s why I’m hoping this one character from the books/movies will appear in the show. In fact, he really needs to be in the show. The character I’m referring to is… well, actually Sauron. If you’re confused, just hear me out, because there’s more to it. Sauron sounds like an obvious choice, given that he was in his physical form and at the height of his power during the second age. However, I’m not really interested in seeing more of him in his physical form. What I want to see is basically a whole new character entirely. The character I want to see in the show is Annatar.

Who is Annatar? Think of him as Sauron’s less-imposing physical form. I mean, he’s always referred to as “the dark lord”, but Annatar is the guy who wears white. He’s a slender, handsome Elf with golden hair and a friendly smile. The Elves even called him “The Lord of Gifts.” That’s one special title, only Annatar is just a ruse and a false form. He is still, at his core, Sauron, but the truth is, Sauron didn’t rise to power by being in his scary, towering form all the time. Sauron had to seduce the Elves into his service and he couldn’t do it in his true form. After all, he needed their help to forge the Rings of Power.

That’s when he took the form of Annatar. As a handsome Elf with a friendly face, Annatar was able to win the Elves over and work closely with the Elven smiths of Eregion. These smiths were led by Celebrimbor. If you’re a Lord of The Rings fan who’s played the Shadow of Mordor games, you know his story. He and Annatar/Sauron worked with Celebrimbor to forge the One Ring and unbeknownst to Celebrimbor, the dark lord was planning to use it to control the other rings. Sauron’s true intentions were discovered when he put it on for the first time and Celebrimbor turned on him.

Celebrimbor’s rebellion ended with Sauron murdering his wife and daughter right in front of him, then turning back into Annatar so he could beat hi to death with the same hammer he used to forge the One Ring. This happened outside the movies, but it has to be Sauron’s cruelest moment. It’s something that we didn’t really get to see in the movies, because he spent ninety-nine percent of the time as an evil spirit.

Now that’s a bit of a problem in my opinion. Okay, Sauron is definitely THE villain of The Lord of The Rings series. He’s got more power than anyone else and even in death, he’s a serious threat. The only problem I have with him as a villain is that we didn’t really get to see him. The thing is, I don’t want to see him in his true form all the time, because he would just stand around looking scary. What we need to see is more of him as a truly evil force when he’s not Sauron.

This upcoming show has an opportunity that the movies didn’t have. They have the chance to really flush out Sauron’s character as a beguiling and scheming villain who was able to manipulate his way to where he wanted to be. That’s why the show can’t really show him in his Sauron form too much. When he’s on screen, he has to be Annatar and he’ll feel like a totally different character. Sauron was a towering, menacing juggernaut of a villain who ruled over Orc armies of thousands. When he’s Annatar, he’s nothing like that. As Annatar, he’s the seemingly kind and charitable saint who is only there to help. That’s the difference between them. Annatar uses his charm to manipulate others in order to get what he wants. He doesn’t need to carry a big mace around to destroy others, he just needs to enter the room and speak softly.

That actually makes him more dangerous. That’s precisely why we need him in the upcoming Lord of The Rings show. By showing Annatar, it will show Sauron as a villain in a manner that we’ve never seen. He won’t just be the dark lord, but an intelligent schemer as well. Annatar will elevate Sauron’s villainy these ways, which will make him even more memorable. He really needs it, because for the big bad of the series, he really wasn’t seen much. I hope this show changes that.

Are you guys excited to see Middle-earth again? If this means seeing more Lord of The Rings, I’m all for it.