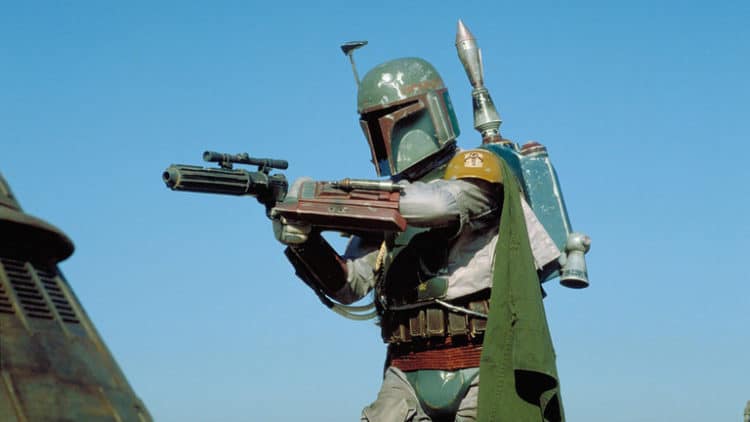 It’s kind of amazing, but people actually forget how important the music of Star Wars is to the movies and even to the shows. If not for the music it feels as though it would be kind of generic and bland since like it or not, the accompanying music that’s been used within the franchise for so long, especially the main theme, has been necessary since it speaks to the tone and pace of the movie in a big way. The rock cover of the theme song definitely picks things up in pace and delivers a heavier feeling to the movie overall since it’s very easy to get a different image of this franchise when listening to the rock version, and it’s not exactly the same. But it’s still impressive to hear what people come up with in their own minds when reference Star Wars and over the years, many upon many people have helped to imagine the franchise in different ways that have helped it to change and to evolve into what it is now.

What’s funny about this is that George Lucas likely never envisioned how much his creation would change the way people thought about movies, science fiction, or science fantasy if you will, and he surely didn’t think that people were going to embrace this idea in such a huge way. Star Wars has been multi-generational for a while and despite the fact that not everyone agrees with every idea that’s pushed through or even mentioned, the fact is that this franchise has come to belong to the fans more than anyone since we’re the ones that help it to keep going at times while those that do the creating are those that keep the fans interested. In other words, the creators and the fans need each other.

There are those purists that don’t really like what’s been done with Star Wars and feel that things should have been kept the way they were with the first trilogy and that the story should have gone in a very different direction. If that were to happen it does feel that things wouldn’t have progressed as far as they have now and the mistakes and the triumphs would have been far different. Like it or not, there have been a few misdirected attempts within the Star Wars franchise, but there have been plenty of successful entries as well since things need to change in order to grow, develop, and learn from past mistakes.

This rock version isn’t exactly a huge triumph, but it’s not a mistake either since it’s another example of how the fans have reacted to the franchise and have decided to come up with something that, in their minds, is worthwhile and can add to their enjoyment as well as the enjoyment of others. It is interesting to think about how they’re shooting the video in full costume and can still see what they’re doing though since that has to be at least a little bit difficult given the kind of visibility that’s afforded by their helmets. Of course, if the guys on the instruments are good enough it’s always possible that they can make it work, but it just feels as though it would be at least a little difficult.

Clips like this make it more than obvious that Star Wars has managed to outgrow its humble beginnings and become something that is, more or less, its own entity as it continues to expand in several directions and inspire people to create their own ideas based around the franchise. From music to fan films to artwork to cosplay to anything and everything that can be attributed to the franchise, Star Wars fans know how to make their voices heard and they know how to come up with ideas that will inspire other fans and create the level of enjoyment that other people can get into.

Obviously we’re not going to be hearing a rock version of the Star Wars theme being used anytime soon when it comes to the movies or the shows, but the adaptation is still pretty cool since it packs a definite punch that is absent in the original version. When looking at the two, however, one can easily see that they both create a very different emotional response since the classic theme is how a lot of people identify with Star Wars, while the rock version is something that people might enjoy just for the fun of it given that it’s something that someone decided to take a look at and create for their own purpose. The Imperial March is even better since it definitely lends itself to the rock genre and is a lot more forceful, but each theme can be adapted in a truly impressive manner that can please a lot of fans.