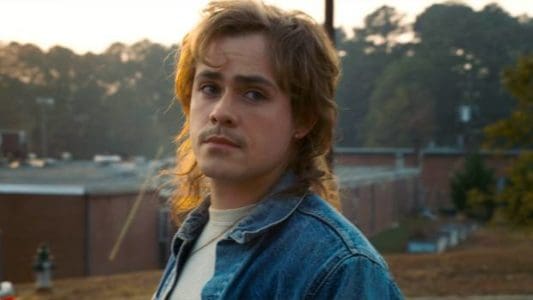 It’s an interesting theory as to why Billy and Max moved to Hawkins in Stranger Things, but it’s one that we might never know has any truth to it now that Billy’s dead. He went out in a noble way at least, sacrificing himself in order to keep his step-sister and the others safe, but it also leaves a very tragic note to his story. The theory goes that Billy and Max moved to Hawkins after Max found out that Billy was gay, perhaps seeing him in a compromising situation with another young man, and they had to leave as she either ratted him or out Billy was afraid that she would. Seeing as how homosexuality in the 80s was something that people didn’t open up about that often it’s a theory that could hold some water since it would go a long way towards explaining Billy’s unrelenting aggression and his issues with Steve. Could that have been attraction that manifested as frustrated aggression that made him beat Steve so badly? Maybe Billy was bisexual, which could explain why he appeared to be genuinely attracted to Nancy’s mother as well. The theory isn’t too far out there but it’s one that we might not get to see fleshed out that much unless the next season is going to peer into the past and perhaps explain just what Max is doing in Hawkins.

There have been so many theories about Stranger Things since the show came to Netflix that counting them all has become kind of tough since people have been coming up with everything they can think of in order to explain what they don’t fully understand and predict what they think will happen in the coming episodes. For as much importance as he carried for a couple of seasons Billy didn’t really get much of an arc before it was time to watch him finally come to the end of his story, which was regrettable really since Dacre Montgomery is a pretty decent actor and could have pulled off another season quite easily. But obviously the Duffer brothers had something else in mind and to be fair it was an emotional ending and one that was highly redemptive since it allowed Billy to do the right thing and finally be a big brother. Whether he was meant to come off as gay or if that was meant as an insult to explain why Billy was so aggressive is hard to know since we really didn’t get that much depth of his story, nor did we ever get their full reason for being in Hawkins.

Where Max sits with the rest of the group is going to be interesting to see since obviously she and Lucas are an item still and might be closer now with all that’s happened. But as we’ve already seen from one season to another, things tend to happen that can split up even the best of friends, and the kids have been moving away from one another since season 2 when Will’s story continued and the Mind Flayer continued to exert its influence over him. Now that the group of friends has split and Hopper is all the way across the world it’s hard to know what’s going to happen, or how many other characters are going to have to join in to make season four a seamless transition from one place to another since the idea is that Hopper is somehow going to be found and rescued, hopefully, and that the Upside Down isn’t done with Hawkins by a long shot. As the settings of Stranger Things continue to expand however it does feel as though subjects such as Billy and his life before Hawkins might become footnotes much as the ill-fated Barb did when she was introduced and then dumped not too long afterward. It does feel as though the Duffer brothers have these great ideas for characters only to dump them when there’s no other way to keep them going, but it’s created a buzz with the fans since these characters somehow tend to mean so much more despite their contribution to the story. Unlike Barb, Billy actually had more to do with the overall story since the Mind Flayer used him to bring itself into the world since the rift had been closed. Barb was simply an unfortunate victim of the Demogorgon and was kind of left at that.

The theory of Billy being gay isn’t a horrible idea but it would need to be examined simply because while his aggressive, alpha male behavior doesn’t necessarily signify that he’s heterosexual, or cisgender, or whatever, it also doesn’t take away the fact that he did appear attracted to women as well. At this point we might never know unless the Duffer brothers decide to tell us.