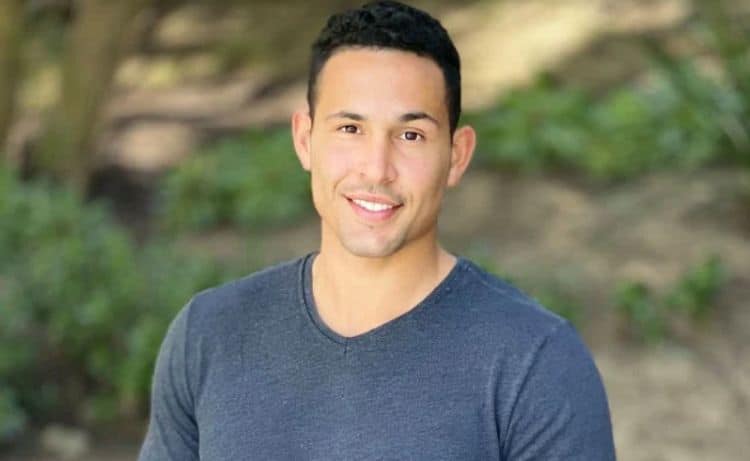 Season 17 of The Bachelorette has gotten off to a very interesting start. So far, most of these guys certainly aren’t making it easy for Katie Thurston to decide who should go home. However, if there’s one person who may end up making Katie’s decision pretty easy, it’s Thomas Jacobs. Every season of the show has a villain, and it looks like this year is his turn. Although he appears to be off to a great start, there are some who suggest that won’t last for long. Not only will Thomas probably not be the last man standing in the competition, but he’ll probably make a few enemies among the contestants before it’s all said and done. Despite all of that, however, no one can say that he isn’t bringing something to the show. Keep reading to learn 10 things you didn’t know about Thomas Jacobs.

There are quite a few contestants on this season of The Bachelorette who live in San Diego, but not many of them are actually from there. Thomas, however, was born and raised in the area and it appears that he’s lived there all of his life. He also went to college at the University of San Diego.

2. He Likes His Women To Be Ambitious

Thomas is a very ambitious person and he’s looking for a woman who can match his energy. His official bio for the show states: “Ambition and thoughtfulness are two major turn-ons for Thomas.” Katie is definitely an ambitious person, but hopefully, Thomas will be around long enough to find out.

When news broke that Thomas was going to be a contestant on The Bachelorette, social media was probably the first place a lot of people looked when they wanted to learn more about him. Unfortunately, however, there isn’t much to find. Although he has an Instagram account, he only has a couple of posts.

4. He Loves Giving Back To The Community

Thomas is the kind of person who is heavily involved in his community and he loves giving back to those in need. According to his bio for work, “Thomas has gained national recognition within Keller Williams International being selected to operate as southern California’s social equality ambassador, where he has spearheaded the project of raising up a voice for minority achievement in the real estate industry as well as community education programs to create a tangible path to wealth building through real estate investment.”

5. He Works In Real Estate

Thomas has found a lot of success in his career over the years, and he still has a lot of things he wants to achieve. He has been working in real estate for the last six years and he has accomplished a lot during that time. He is one of the most successful agents in the area and he’s a member of the San Diego Association of Realtors.

We weren’t able to find any information on whether Thomas wants to have children in the future, but he’s already putting his parenting skills to good use. He is a very proud dog dad to his two fur babies. He loves spending time with them whenever he can and they are truly his best friends.

7. The Bachelorette Is His Only TV Experience

If it’s true that Thomas ends up being the ‘villain’ on the show, there are going to be a lot of viewers who assume that he simply did the show to get on TV. However, there’s nothing about Thomas that suggests he’s ever wanted to be in the entertainment industry. The Bachelorette is the only show he’s ever done.

Whoever Thomas ends up with better love to eat because he certainly does. Thomas’ Bachelorette bio says, “he loves to show romance by bringing his loved ones their favorite dish, and one of his favorite ways to show someone his beloved city of San Diego is through his meticulously curated tour of the best burritos, burgers and brunch the city has to offer.”

Being family-oriented is a quality that a lot of people look for in a partner, and it’s one that Thomas proudly possesses. He’s all about family and he looks forward to any chance he gets to bond with his loved ones. He is also a very proud uncle, or funcle as he would say.

As a former competitive athlete, Thomas knows a thing or two about competition. While at the University of San Diego, he was a member of the basketball team, however, it looks like he was only on the team for two seasons. His playing days may be done, but he still stays close to the game as a volunteer coach for youth basketball.