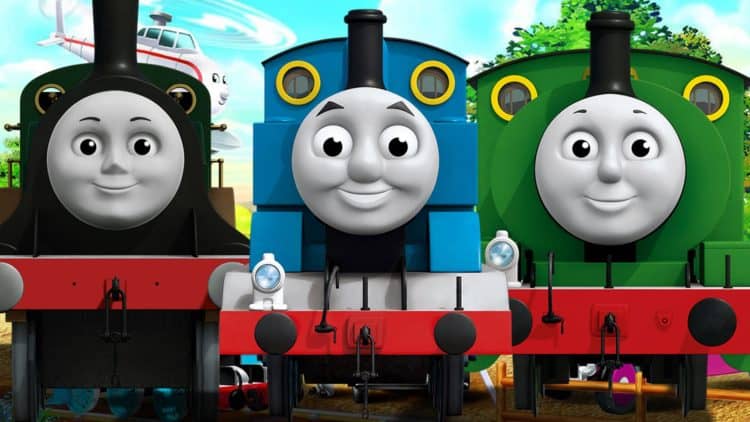 It shouldn’t be hard to imagine that people are a bit divided when it comes to Thomas the Tank Engine since to be fair, the faces are kind of creepy and in an era when things are being picked apart, the show does have a few issues. But now it’s being brought to the big screen for a live-action treatment that will supposedly be even better for fans of this show so that they can experience what it’s like to see one of their favorite programs as a major movie. So yes, those big, unnatural faces will be pulling into the station to either delight or creep out audiences if the theaters ever open again, as many people are hoping they will. Personally, as an individual that never cared for Thomas or his disturbing friends, this is something that could have been done without since to be realistic the idea of a talking train isn’t a huge problem since there have been other talking vehicles that are seen as quite endearing. But maybe it’s the fact that it has a very human face that makes it hard to get around since the expressions and a few of the other ideas that have gone into the making of this show. One argument might be that the popular kids show Chuggington wasn’t much different could be a counter-argument, but this would fall pretty flat since the trains in Chuggington might have had faces, but they were far more integrated into the overall construction of their structure, they didn’t have human faces that were focused directly on the front of their engine like some weird, happy-faced Silence of the Lambs nonsense. But that’s one person’s take on it, and many folks have enjoyed this program since they were kids, so it’s easy to think that there are plenty of people that are ready to see this project take shape.

It’s become a constant point found in a lot of articles, but many don’t feel the need to question why old ideas are being brought up continually when it comes to making movies. There have been several new movies and even TV shows that have come along that have been the result of taking old ideas and making them into something new. There have even been old ideas that have been revamped and made into something great, but the desire to see ideas that have had their time and that are best left in past is something that some folks still can’t fully understand. The nostalgia of it is easy to witness as well as comprehend, but the need to continue to push said ideas that have had their time is sometimes maddening to some folks. Again, a lot of people will probably argue that Thomas the Tank Engine is a wholesome and perfectly okay program for kids since they grew up with it and there were no issues. Well, some of us grew up with Looney Tunes as well, and plenty of people have had issues with a few things that went on back in the day that are considered to be less of an issue. But like always, to each their own since a lot of people have enjoyed Thomas for a good long while. Seeing it brought to the big screen will no doubt be interesting for a lot of people since the CGI effects are likely to be a bit revealing since trains that talk and can offer their own input on what’s going on in their world is something that people might start to look at differently once it’s turned into a live-action movie. It could be something positive depending on how it’s created and directed, but we’ll have to wait and see what happens.

Realistically, this movie should come out and do fairly well since there are plenty of fans that are willing to support it and share this experience with others that will no doubt keep Thomas and his friends popular in the years to come. Without going into how creepy their faces can be, or the implications that many have already gone into over the years, there is an innocence to the show that a lot of people still enjoy, even if others want to differ in their opinions. Trains have been a great interest of many people over the years and it’s easy to think that this love has translated into the type of learning and programming that people have utilized when bringing certain ideas to life. The best part about this idea becoming a movie is that those that are creeped out by Thomas or don’t like it for one reason or another don’t have to watch, while those that enjoy the show can look forward to the big screen version eventually, and hopefully the theaters will be open at some point to allow this enjoyment to be fulfilled.