Home
Movies
Though Visually Breathtaking, A Monster Calls Is Less than the Sum of Its Parts 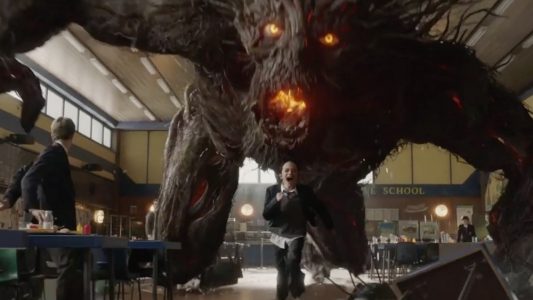 One of the most fascinating-looking movies of the last year was A Monster Calls: situated perfectly at the crossroads of an intriguing premise and the right creative team going into it.Â  Our young protagonist — “too old to be a kid, too young to be a man” — Â is tormented by bullies at school, suffocated by his strict grandmother at home and has to watch his mother slowly die of cancer, until one day a monster, a massive walking Yew tree, comes to him to help him through his grief.Â  The trailer’s money shots of them smashing things in tandem — from churches to cafeterias — promised a massively cathartic story blending realistic drama with dark fantasy.

As for the talent, it’s a virtual “who’s who” of underappreciated filmmakers.Â  Director J. A. Bayona — best known for his 2007 Spanish-language horror film The Orphanage — is perfectly suited for the near-horror of the monster’s dramatic comings and goings.Â  The cast includes Oscar nominees Sigourney Weaver, Felicity Jones and Liam Neeson alongside powerful up-and-comer Lewis MacDougall.Â  Furthermore, the novel’s author, Patrick Ness, wrote the film’s script, ensuring a faithful recreation of the original text. 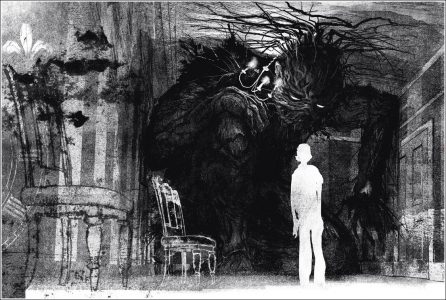 Sadly, however, A Monster Calls is far less than the sum of its parts.Â  That’s not to say that it’s not an incredibly well-made, moving story, just that its overly-structured and unevenly written narrative fails to inspire the same emotional highs and lows of similar movies that have come out in recent years.Â  While satisfying in its own way, it’s not the kind of movie that will have a long and celebrated post-theatrical life as a childhood classic.

The chief fault lies in the script, which spells out its repetitive structure from the monster’s first appearance and never misses an opportunity to remind us of it.Â  When he first arrives, the monster promises to tell the young boy three stories — each running parallel to events and people in his life — after which the boy is supposed to tell the monster a story of his own, the truth about his recurring nightmares. 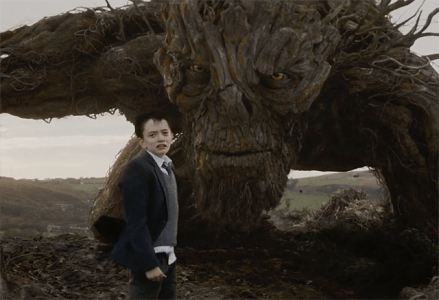 You could keep everything else about the movie the same, just cut the dialog about how everything is going to play out, and it would have been a far stronger movie already.Â  Each story is entertaining : gorgeously animated, spellbindingly narrated by the monster and meaningfully builds on the day-to-day struggles of the boy’s difficult life.Â  Each tells a complicated moral that challenges the boy’s worldview: presenting a story where the heroes aren’t always good, the villains aren’t always in the wrong and the obvious consequences of one’s actions don’t play out quite how you’d expect.

These are important lessons for any children watching the movie to learn, lessons which are far too often glossed over or simplified into safe, sanitized morals.Â  But life is complex and messy, something that the stories demonstrate beautifully.Â  If they hadn’t been spelled out so rigidly — if they had been allowed to flow and develop more organically — and been told when they needed to be heard rather than when they were scheduled to be heard, A Monster Calls would have been less of a chore to get through. 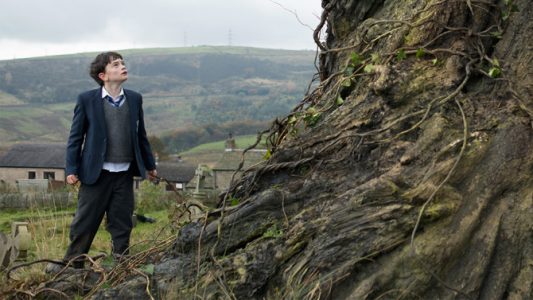 Otherwise, there’s not much to complain about.Â  Bayona is a solid presence throughout the film, particularly standing out in the almost horrific appearances of the monster.Â  The cast does just a fine a job as you would expect of actors of their caliber.Â  MacDougall is particularly excellent in this film; despite his age, he holds his own against far more experienced thespians and doesn’t falter when interacting with a CG Liam Neeson (where last year’s The Jungle Book tended to stumble). 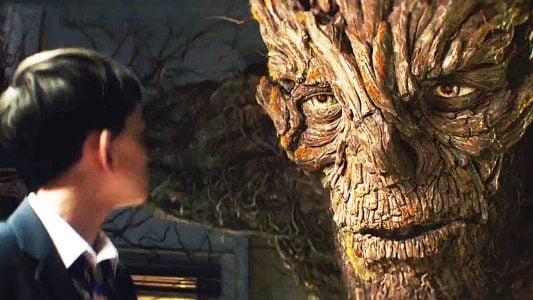 And yes, this is probably the best-looking movie to come out in 2016.Â  The monster’s effects are beautifully and imaginatively rendered on the screen.Â  The multiple stories — presented in shadow puppet-esque animation — are worth the price of admission on their own.Â  For all its failings as a compelling drama, it more than makes up for it in this aspect.

While it is far from the great movie that it initially presented itself as, it is a solid work of filmmaking that the entire family can enjoy.Â  It tells hard, complicated truths that younger viewers will benefit from hearing and a mostly-serviceable narrative that the adults can enjoy for a couple of hours.Â  Just don’t go too far out of your way to see it.

Buy on BluRay:Â  Only if you have kids