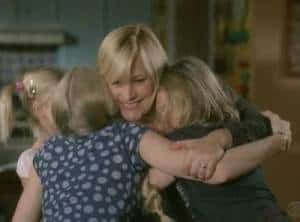 Psychic drama Medium is heading into its sixth season, a crucial time when a series has the potential to wear out its welcome or go off the rails with too many new “twists”. Medium has the additional challenge of being moved to a different time slot–on a different network. While the lead-in from similarly themed Ghost Whisperer could prove to be a bonus for Medium, only time will tell how good a dreaded Friday night slot will work out.

Medium has always been one of my favorite TV shows. The combination of police procedural, realistic family dynamic, and supernatural elements makes Medium a complex and suspenseful drama. Medium specializes in character development, giving extensive back-story to each of the main players while letting us delve into the emotions and motivations of the killers and victims Allison Dubois sees in her dreams.

Can this formula continue to work? Can the writers of Medium keep viewers interested for another one, two, or five more seasons? If they consider three very important elements, I think they can.

The first element is to stop focusing so much on Allison (Patricia Arquette). I know this sounds counterintuitive, being that the show is titled Medium, and centers on her skills in communicating with the deceased. The thing is, a big part of the show’s appeal is the drama and satisfaction of solving a crime and catching a killer. We like seeing Allison as a proactive member of the team that includes the police and DA’s office. We love it when she outsmarts the bad guys, leaving them staring in shock and disbelief as she reveals facts that no one could possibly know. 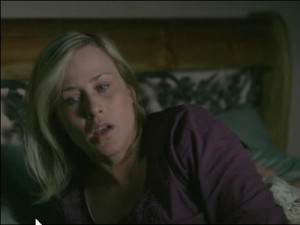 What happened this past season was that a lot of the focus of Medium turned from helping people and solving crimes to Allison having some sort of a huge personal crisis. In episode 3, “A Person of Interest”, she became possessed by strong compulsions and began building a bomb in the garage. In episode 4, “…About Last Night”, Allison woke up under a viaduct with memory loss–and eventually began to believe she was the perpetrator in a hit and run accident.

The saga continued in episode 10, “Then…and again”, where Allison appeared to time travel to 2004. The two-parter that followed, “Devil Inside”, had Allison hunted by a fanatic in both life and death–to such an extent that he began altering her dreams to give her false information. In the Medium finale, “Bring Me the Head of Oswaldo Castillo”, Allison battled a brain tumor and a horrific vision that showed the brutal murder of her family.

On their own, these were fine episodes. “Devil Inside”, in fact, has to be one of the most chilling storylines on Medium ever. Grouped together, however, it gets a bit tiring to see Allison in these life-altering situations week after week. We start to wonder why her husband Joe (Jake Weber) can even stay married to someone who is so unstable that she has to be constantly monitored. 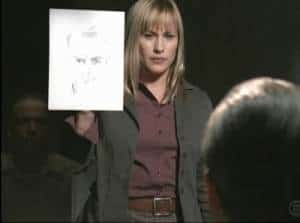 Which brings us to the second element that Medium writers need to watch out for: Allison Tantrums. With the disturbing nature of her dreams, and the frequently dire circumstances she has only hours to prevent, it’s expected that Allison would get a bit intense sometimes. The problem is when she seems to fly off the handle over small things, shrieking at Joe or stalking Detective Scanlon (David Cubitt) until he does what she wants–even when there’s nothing he could possibly do. It’s tough to admire Allison when she’s being irritatingly irrational on a regular basis.

On the flip side of that issue, we have plea number three for the Medium writers: Please dial back the doubt. While Allison’s gift can provide misleading or incomplete clues, everyone in her life should know her track record well enough to ease up on the disbelief. It seems that once Allison makes an error, her colleagues become skeptical about her dreams again. Joe is often quick to dismiss any of Allison’s more worrying visions. I realize that Joe has to be the rational one, and often his arguments make sense, but sometimes his calm reproaches stray from reality.

The Medium finale was the perfect example of this. Knowing what he knows about his wife, shouldn’t Joe have been a little more concerned when she told him her vision of her family’s murder? Sure, he can reassure her with possible reasons why it might not happen, but Joe should have been a lot more concerned than he appeared to be. Had he done so, we might also have avoided another Allison Tantrum. 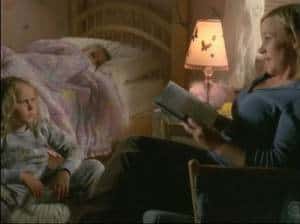 Medium is an excellent show, and the fact that they keep coming up with new twists to keep us guessing is a bonus. There truly can be too much of a good thing, however, and the Medium creators shouldn’t be afraid to let Allison be a normal ghost-seeing crime solver for a while. Unfortunately the new season opens up the can of worms that Allison’s surgery may have altered her psychic gifts. It’s another new twist in the Medium storyline, and it may work beautifully as suspenseful drama. I just hope they find some time for crime solving and helping lost souls along the way.