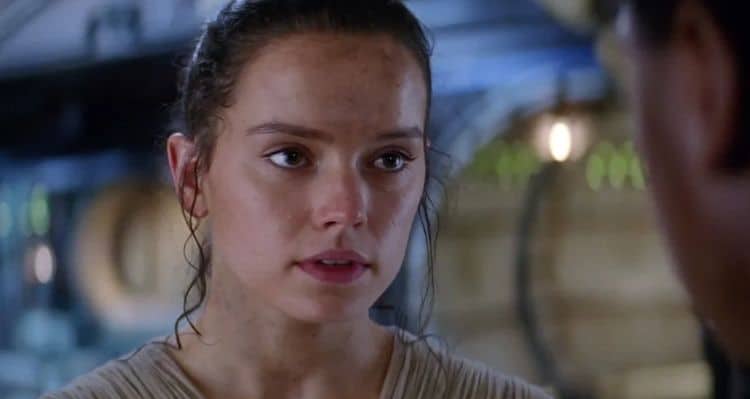 Now that The Rise of Skywalker is out and the so-called “Sequel Trilogy” it’s done, the time has come for post-mortem coverage, examining everything that worked, everything that didn’t, and how the newest films connect (and how they don’t) to the previous six in the Star Wars saga. On that note, the word of the day is “poetry.” George Lucas famously described all the derivitive elements of the prequel trilogy with the phrase: “It’s like poetry; it rhymes.” Things in one trilogy happen in a slightly different, but ultimately similar way in the other trilogy, the way stanzas in a song share the same notes but have different lyrics.

The sequels, naturally, share a lot of thematic connections to the Original Trilogy of Star Wars movies, not only in story beats, but also in characters, settings, and direct allusions. JJ Abrams and Lawrence Kasdan, who directed and co-wrote the first movie in the Sequel Trilogy shared a love for the original films and a relative dislike of the prequels. JJ famously said he wanted to bring Star Wars back from where the prequels had taken it, and Kasdan was the writer of The Empire Strikes Back and Return of the Jedi.

So of course it was the case that the references and “rhyming” found in the foundation-laying first movie of this trilogy would largely pull from Episodes IV-VI. That being said, there are some key notions at work in the newest films that owe their existence to concepts first explored in the Prequel Trilogy.

Here are three to consider…

The Force Will be Balanced 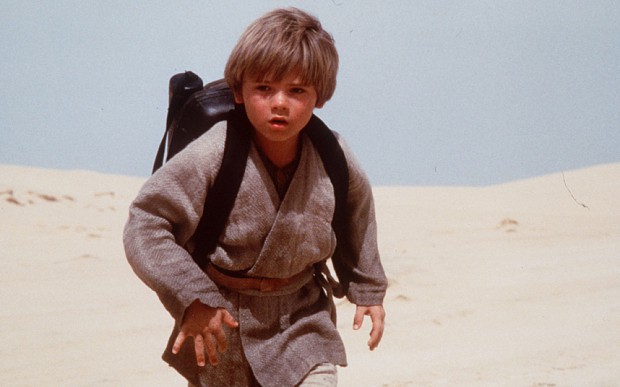 The Phantom Menace is set in the backdrop of Jedi dominance over the galaxy, at least when compared to their arch-nemeses The Sith. Nevertheless, operating out of the shadows is a Dark Lord of the Sith with a plot, not only to destroy the Jedi Order, but to conquer the Galaxy entirely. What this evil Lord Sideous does not yet know, however, is that it will take the betrayal of a key Jedi Knight to bring his plan to fruition.

What Episode I establishes is the will of the force to “balance” things.

As the Jedi grew in power and the Sith were reduced to an order of “two at a time,” the force was thrown out of balance. To correct this, the force created Anakin, a child of prophesy destined to “bring balance” back to the force. By the time Anakin’s fall is complete, the Sith control the Galaxy and Jedi Order has been reduced to two.

The Light was in power and the Darkness rose to meet it.

The Force Awakens is set in the backdrop of Galactic unrest. The New Republic struggles to fill the void left by the defeated Empire and in the star systems near the Outer Rim, those remnants have organized into the evil First Order, led by a mysterious dark side mastermind named Snoke. In the years preceding the movie, Snoke succeeded in turning the grandson of Anakin Skywalker to the dark side. It was a turn so devastating that Luke Skywalker, the young Jedi’s teacher, walked away from his duties as a teacher of the force and went into exile. In his absence, the dark side began to spread once more across the galaxy.

But as we learned from Episode I, the force brings balance.

Rey is born with remarkable abilities in the force and an equally remarkable aptitude for using those abilities with very little formal training. It’s not till the next movie that the key line is uttered, but when it is the audience is invited to draw a connection to Anakin Skywalker and how the force used him to bring balance. Snoke says of Rey, “Darkness rises and the light to meet it.”

The Legacy of the Jedi is a Failure 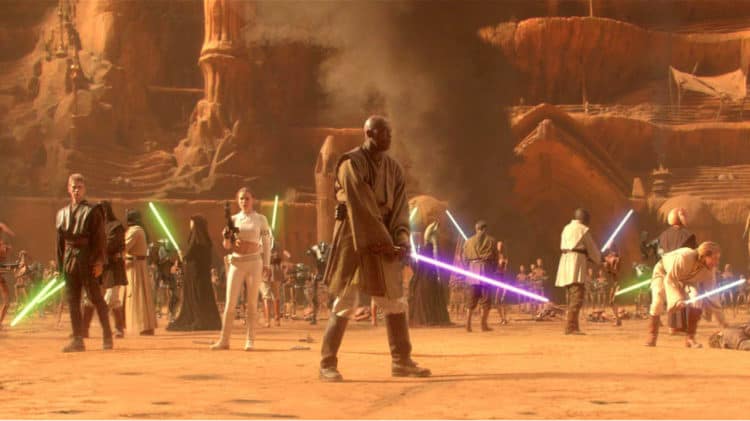 During the Original Trilogy, the only understanding we have of the Jedi Knights come from three characters: Luke Skywalker, a student whose knowledge of the past is limited by what he’s told, having never lived through those days; Obi Wan Kenobi, who speaks with twinges of regret and poignancy over how the Order crumbled; and Yoda, who mystifies and deifies the force but says very little about being a Jedi, other than to say that Jedi use the force for knowledge and defense, never for attack. One movie later he tells Luke that unless he kills his father he can’t be a Jedi.

That should have been a red flag.

In the prequels we learn the Jedi were just as mired in bureaucracy and rigid dogma as the Republic Senate was in bureaucracy and corruption. The Jedi Order was big, powerful, influential, cocky, prideful, and even hypocritical. The monks of peace they were lionized as in the original trilogy were shown the prequels to be warmasters during the Clone Wars.

The so called guardians of justice planned to overthrow Chancellor Palpatine and even kill him without a trial (“he’s too dangerous to be left alive” said Mace Windu) all because he wasn’t part of their religion. I’m not here to defend the Emperor; I’m just saying the Jedi weren’t as noble as they appeared to be in the original films.

When we finally get to hear from Luke, in The Last Jedi, about why he’s been hiding away for so long, the answer comes in a two-fold explanation. On the one hand, he failed as Ben Solo’s teacher, just as Obi Wan and Yoda had failed, and like them he went into exile. Obi Wan of course hid away on Tatooine to look after Luke. Yoda, however, directly says his failure is why he goes to hide on Dagobah.

Along the way, however, Luke began to dig into the history of the Jedi Order and discovers the picture wasn’t as noble and rosy as his two mentors had made it out to be. Disillusioned by his own failure and seeing it as merely history repeating itself (like poetry, it rhymes), he decides that the Galaxy would be better if he died, letting the Jedi Order die with him.

He explains all this to Rey as reason for why he was so reluctant to train her. Of course, by the end of the story, Luke has a final lesson from master Yoda. The force ghost reminds Luke that failure is the greatest teacher and that there is still value in passing on what you have learned (both the good and the mistakes). Nevertheless, a big reason why Luke was so bitter and despondent during the events of The Force Awakens and much of The Last Jedi is because he finally got around to watching the Prequel Trilogy on Disney+.

(can’t really blame him when you put it that way)

Revenge of the Sith establishes the primary motivator for Anakin to leave the Jedi Order and align with Sideous: He feared his wife would die in childbirth, assumed the Jedi wouldn’t help (since they forbid their members from marrying in the first place), and learned from Palpatine that he knew of a Sith “legend” that granted the dark side wielder the power to save people from death.

Of course, this is a horrible lie, and really it’s kind of sad that this was the story that Lucas chose to tell because it makes Anakin kind of an idiot to fall for it (why would the death-loving Sith care about saving people?) and makes his turn to evil more about being duped than being “seduced.”

In the pivotal scene where Palpatine tells Anakin all this, he utters the line: “The dark side of the force is the pathway to many abilities some would consider to be unnatural.” And even though it wasn’t explored in ROTS, that line always made me think that Palpatine was talking about zombifying more than genuine resurrection or mortal healing…

…and low and behold JJ Abrams, devoid of fresh ideas, decided to bring Palpatine back from the dead to make him the big bad of the final film. How did he survive the Death Star II destruction? How did his body, which looked preeeetty well exploded at the end of ROTJ, make it to a secret planet in the middle of the Unknown Regions? Is he a clone? These are reasonable questions and the only answer the movie gives us is a quote from the man himself: “The dark side of the force is the pathway to many abilities some would consider to be unnatural.”

When you see the Emperor in The Rise of Skywalker he looks like a shell of a man. He looks like the husk of a body being carried around on some kind of a mechanical arm. His dark spirit (and the spirits of, apparently, all the Sith before him) is possessing the shell and so, in that twisted way, he is “alive.” It’s very much in keeping with the sinister overtones behind his famous line: The sight of him is certainly “unnatural.”

That doesn’t change the fact that it’s a moronic plot device that added nothing to the story, muddied up the film, and ruined whatever potential the sequel trilogy had after Episodes 7 and 8.

So there you have it. The force balances itself, first with Anakin and then with Rey. The Jedi failed, first with Obi Wan and Yoda, and then with Luke. The Emperor is a weird, freaky little sorcerer, first talking about zombifying the dead and then up and doing it himself.

Is it Time to Cancel Young Sheldon?

Whatever Happened to Susan Ursitti AKA Boof From Teen Wolf?