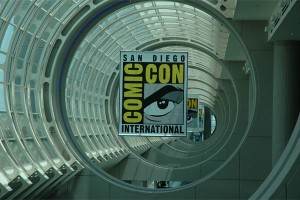 When I went to Comic-Con last year, I spent all of Thursday in the cavernous Hall H watching movie panels. They were actually great (I saw stars like Tina Fey, Bruce Willis and Helen Mirren), although I’m not crazy about the room. This year, Hall H has Twilight and something from 20th Century Fox that is currently unspecified.

Therefore, the place to be is Ballroom 20, where all of the TV stuff is happening, including the Game of Thrones panel, the return of Sarah Michelle Gellar to San Diego, and Showtime and USA shows. NBC’s Awake will also be making an appearance in Room 6A, as will a few other shows.

You can find Comic Con’s official Thursday schedule here. Try using the My Sched tool to customize your schedule and print it out or put it on your smartphone. It’s an invaluable tool, trust me.

In the meantime, here are a few highlights of Thursday’s TV schedule:

“Showtime: Tired of Ordinary Television?”, 5:30 – 7:30 p.m., Ballroom 20
Who: Michael C. Hall and other Dexter stars and producers will be in attendance, while Shameless will be represented by William H. Macy, Emmy Rossum and John Well? V and “Firefly star Morena Baccarin will appear to introduce clips from Homeland.