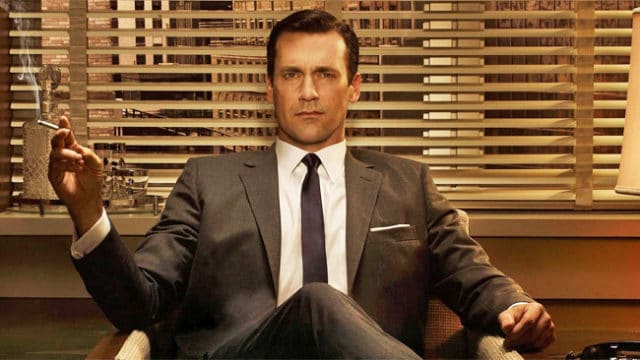 I think it’s safe to say that every passing year that Mad Men is off the air is a year that we need to hold the show close to our hearts and continue watching clips and talking about it.Â  It’s a show we don’t ever want to die.Â  In fact it’s a show that needs to be in syndication on multiple networks so that we can give said show to the world.Â  Of all the moments on the show that we could point to, today I’d like to point you to the episode when Mr. Draper takes a stimulant.Â  Back then it’s some “proprietary” formula that gets injected into his butt but in today’s layman terms, he got injected with speed, and plenty of it.

The following scene is what you see before and after Draper takes the drug.Â  Draper gives one of his classic inspiring speeches but by far the best part is watching him speed down the hallway like Superman.Â  Granted it’s only a split second but if you know Draper’s character and you keep playing it over and over again, I guarantee you’re start laughing out loud.

God I miss this show.