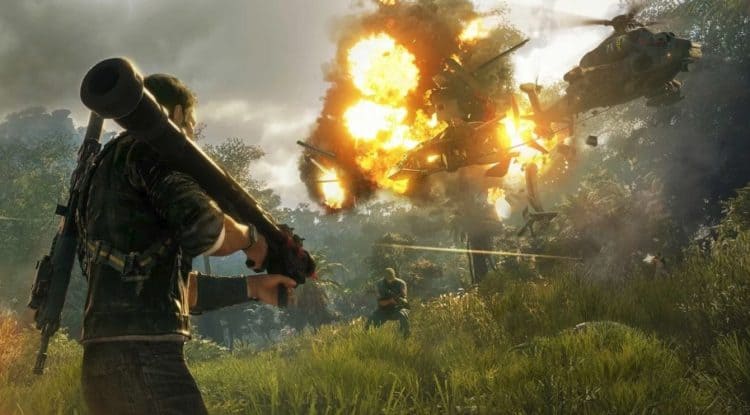 Just Cause is a game that continues to get better with each new release. It was first introduced to the gaming world back in 2006, and it has been growing in popularity ever sense. It is known for allowing players of the game to become Rico Rodriquez as he goes on a quest to free a small island known as San Esperito. That island was long under the control of a vicious dictator. This game from its first release was known for the amount of freedom that it gave each player to move the characters around and create a lot of destruction in the process. We are now on Just Cause 4 and the game is becoming more popular than ever. It is chaotic, with many twists and turns. If you are new to the game, you might quickly become overwhelmed. If so, here some tips to help you effectively play Just Cause 4, particularly if you are just starting out.

Make Use of the Grappling Hook

There are many weapons at your disposal that you can use to overthrow the dictatorship and become the hero in the process. In fact, these weapons will help you to blow up half of the island is you deploy them correctly, but all of that is not really the best way to go about things. In fact, all of these weapons are rather meaningless in the face of the grappling hook. There is no need to go through the trouble of shooting down all of the helicopters and trying to knock out all of the enemies with your precision aim. Instead of doing that, you can just use the grappling hook to bring all of the bad guys and vehicles together at one, resulting in a most cool and effective explosion. In Just Cause 4, an explosion equals instant death and that is what you are looking for here.

Soar With the Eagles

If you havenâ€™t noticed, running takes a lot of energy and time. Why do that in this game when you fly. Rico Rodriguez is more than capable of soaring with the eagles, so why not put him to the test? All you need to do is to shoot off one of those grappling hooks that we just talked about, following by the deployment of a parachute. You will then be able to fly just about anywhere that you wish. This is certainly a much faster way of getting places than any other mode of transportation available in the game, and you donâ€™t even to steal or borrow a car to do it.

Watch Out For Those Falls

Newer players might fall into the trap of thinking the Rico Rodriguez is so superhuman that he can fall from great heights and not really get hurt. This is actually not true, so be careful. Falling from too great a height can penalize you a lot of damage points, and it might even result in death. That is not what you want, do here is where you need to use that grappling hook once again. The next time that you are in that free fall, just shot out the hook at a stationary object nearby. This will immediately begin to break your fall, and you will actually get to the ground much more quickly as a result.

Feel Free to Commandeer That Helicopter

If you have ever wanted to fly a helicopter, now is your chance. You can quite easily hijack a helicopter in Just Cause 4. If you see one nearby, but grapple on over to it and hit the â€˜enter vehicleâ€™ button. This will instantly put you inside the cockpit ready to fly off into the sunset. Just think of the damage that you can do while flying that thing!

In previous Just Cause versions, you were not able to unlock gear upgrades. That has all changed with the fourth version. You are now able to go through the game, unlocking some important equipment upgrades along the way. You will want to be on the lookout for these opportunities because some of those will make you much more mobile and lethal than would otherwise be possible.

These tips should help you get started on the path towards domination in Just Cause 4. Look for ways to continually make yourself stronger in the game by making better and more efficient use of your weapons. Remember that your ultimate goal is to overthrow the dictator, so get after it.