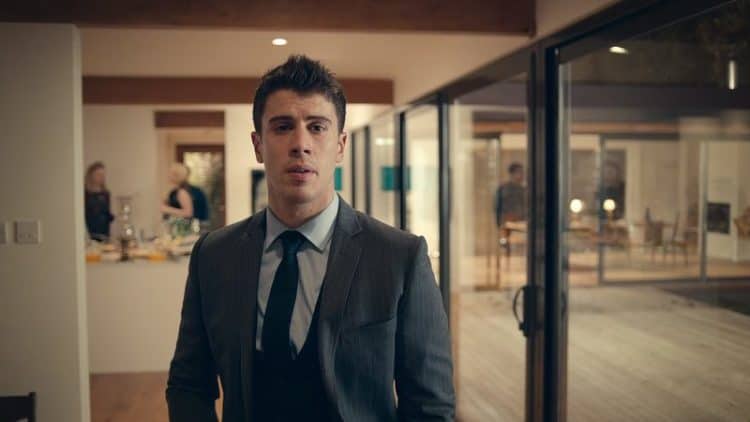 A lot of people might not know who Toby Kebbell is, heck, we might even pass him on the street and not recognize who he is. This is because Toby Kebbell’s iconic characters are usually masked with heavy makeup and/or deep intense CGI. Toby Kebbell is an extremely humble star. In his own words, he doesn’t want to be overly humble but understands that there is always an end to things therefore he doesn’t want to be put on a pedestal. Not a lot of celebrities and stars can relate to this as most base their lifestyle on the limelight. There has been a lot of buzz recently about Toby Kebbell as he is set to undertake a major lead for a 1950s remake. This has seen more and more of the actor’s personal and career life gets put in the spotlight.

So who is Toby Kebbell?

Toby Kebbell is an English actor who has starred in various movies including playing the villain in Prince of Persia: Sands of Time alongside Jake Gyllenhaal, Dawn of the Planet of Apes and Fantastic Four where he also plays the villainous Doctor Doom, Black Mirror, and the sequel to the Monster Verse film called Kong: Skull Island among others. According to Wikipedia, he was born as Tobias Alistair Patrick Kebbell in 1982 in South Elmsall Yorkshire and grew up Nottingham, Nottinghamshire, England to a landscape gardener mother and an engineer father who got divorced when he was only 18 months. He has 4 siblings whom together, they got raised by their mother in a Catholic setup.

One of his “fears” is to be regarded as a sellout by his people because of the title ‘action star’, but he insists that anyone who grew up as he did would be a sellout if the opportunity presented itself. His breakout role was in Dead Man’s Shoes which started his slow but steady rise in the film industry. Here are 10 things you might have not known about Toby Kebbell:

Having being raised in a Catholic household by a staunch mother, he became an altar boy, something which brought him so much joy according to him because of a priest called Father Sullivan who gave him advice on how to tackle life issues and prepared him for the real world.

2. He dropped out of school once

Being the clichÃ© teenager, Kebbell claims he was a rebellious one dropped out of school at the age of 15 and had to finish his exams at a sixth form college in his hometown in Nottingham where he took acting classes and still got kicked out but managed to get a recall to audition for a role in Dead Man’s Shoes in 2004 and everything suddenly started falling in place for the young rebel.

3. He was nominated for a BIFA award and won

His emotional portrayal of a dyslexic young man in Dead Man’s Shoes earned him a British Independent Film Award nomination for Most Promising Newcomer. It was his role in Control as the Manager of Joy Division, Rob Gretton however, that got him the award for Best Supporting actor. Others for the award were his co-star Samantha Morton, Cate Blanchett, and Colin Firth.

4. He learned how to play the piano for a role

Kebbell featured in a film by Guy Ritchie called RocknRolla in September of 2008 alongside actors such as Gerald Butler and Thandie Newton. His character was a musician who was addicted to drugs, so he had to take piano lessons and learned how to operate a semi-automatic so that he could portray the character as needed.

5. He grew up poor and has 3 brothers and a sister

Toby Kebbell grew up with his 3 brothers and a half-sister called Aimee in their 3 bedroomed house. His mother was a gardener and his father an engineer. After the divorce, his mother got custody of the children and according to Evening Standard, she did everything she could to keep them afloat including getting another job as a cook.

The actor is set to take on the lead role for this 1959 remake. This is projected to shoot his career to the top and allow the reluctant star to shine.

7. He played Doctor Doom and Koba

Every fantastic four fan out there knows the villainous character, Doctor Doom. His character might have worn a mask but the person behind the mask and computer wizardry was Toby Kebbell. Koba in the Planet of the Apes was the abused experimental bonobo who was the trusted companion to Ceasar before their fall out.

8. He was a nominee for the BAFTA awards

In 2009, Toby Kebbell was nominated for the publicly voted BAFTA awards in the Orange Rising Star Award category.

9. He is not a fan of social media

In an interview with AFP, he stated that he doesn’t like social media because that’s a tool that stars use to promote themselves and acquire preferential treatment. He said that he had no desire in being important.

10. He played rugby in his youth

According to Business Insider, Toby Kebbell played rugby while he was growing up and says he is a very active person due to the sport and the various types of injuries that one gets while playing rugby.

Toby Kebbell’s contribution to the film industry is growing quite noticeably and the roles he undertakes are a true testament to the talent and prowess of the actor. Kebbell’s star is on the rise and even though he tries to remain with his foot bolted to the ground to avoid being regarded as a celebrity, it is no doubt that this talented British actor has what it takes and is going places. It is only a matter of time until he gets more recognition for his exemplary work.