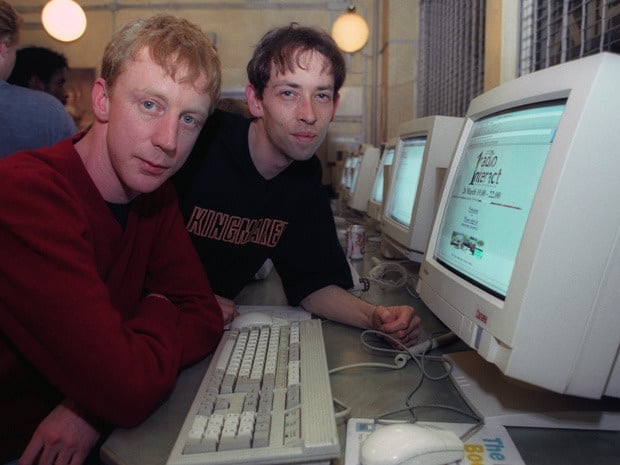 It’s not too surprising that a Today show staffer would get confused by the emergence of the internet.Â How hard did you laugh at this clip? The Today Show clips concerning the early form of the internet are just priceless since there are a lot of us that can remember when the internet was nothing like it is today. In fact it’s very safe to say that a lot of us can remember when the internet was still a military tool and was still fairly basic compared to what it is today. I can recall when my high school first got the internet. It was slower than molasses on a cold winter’s day but it was still something pretty special since it had never been used like this before on such a wide scale.

To hear people talk of it back then however it was the beginning of the end of socialization as we know it. In some ways people weren’t kidding, as there are those that spend all day and night inside their homes without ever getting out to interact with others. But then again the internet, when used as a tool, is something quite special since it’s able to connect people across the miles and allow them to converse, message, and share things that might not have been possible back in the day. The information overload that was experienced in the 90’s is nothing compared to what it is today.

In many ways the internet almost seemed like something out of science fiction and couldn’t possibly be real. I can recall having a home PC and never once did I think that one day I’d be able to hook in and speak to people across the world at the push of a button. The people in the neighborhood and throughout the towns and cities I lived in were the information network I depended upon just like anyone else. Nowadays though you can be speaking to someone on the other side of the world thanks to the wonders of the internet and all it’s accomplished.

Some people knew this was coming. They had the inside track on the internet and knew that it was going to take off in a big way. Others were flabbergasted by the speed at which it was picked up and adopted into Â American culture. And then there were those that didn’t know what to think but were amazed by the capabilities of the internet and quickly adapted so as to learn as much as they could. Think about it, if you could have bought stock in some of these rising companies back then for pennies on the dollar you might be sitting pretty high right about now.

There are dangers to the internet of course. Thanks to the increased virtual mobility of the internet there are just as many pitfalls as there are bonuses, such as hackers, viruses, and all sorts of illicit sites that go up on a seemingly monthly basis. Everyone that can work their way around a PC has decided to make money on their own little corner of the information highway and to this date there are untold numbers of people that are actively making their living online.

The internet came in with a silent bang, and it’s been lighting up the world every step of the way since.