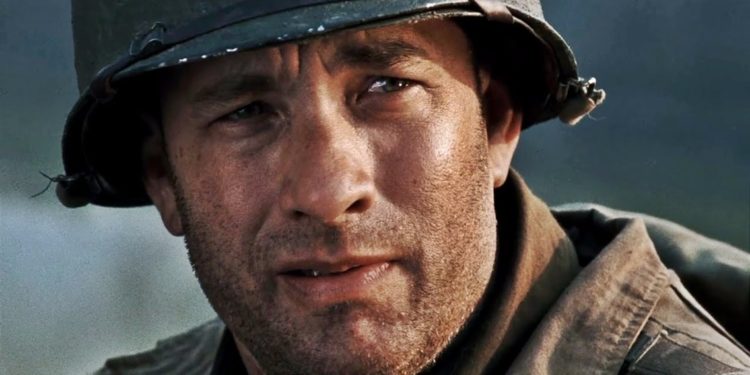 Honestly you can’t say that Tom Hanks has never played the villain since he’s had a few roles that have been rather villainous, but not in the sense that he might actually be the world’s most vile individual. Think back to movies such as Ladykillers, The Circle and Cloud Atlas and you’ll be able to see him in a light that speaks of a kind of desperate, almost gentlemanly-like bad guy that is unscrupulous for certain and out to get up to some sort of mischief, but he’s certainly not the worst. There’s a good reason for this that J. Shirey from ScreenRant gives and it’s pretty simple: Tom Hanks isn’t intimidating. Some people might disagree since he can affect a kind of crazy look and he does seem somewhat intimidating in Road to Perdition, but even in that movie he’s not exactly the worst criminal ever since he’s a hired gun that does what he does for his family and because he’s indebted to an even worse criminal. It’s pretty obvious though if you watch Hanks throughout his many movies that he’s just not that intimidating and is more likely to play a comical or compassionate hero or middle of the road character than he is a villain. He’s definitely played some problematic characters in the past but nothing so bad that you could say that he’s someone that would kill his own family and then sleep in the same house with the rotting corpses bad. Hanks isn’t even close to that.

He’s just too much of a nice guy really when you look at it since he plays such great characters that you can’t help but looking at him in this light and wondering why he would ever try for anything else. It’s true that during his more dramatic roles that can become kind of harsh and even stern with people, but at the same time it’s nothing so bad that you can’t understand why. Apparently Tom has known since he was younger that he’s not intimidating and can’t really touch people in that way. Some actors are born with that quality or have been able to develop it throughout the years into a quality that turns them into something absolutely frightening or so forceful that you can’t help but think that being the bad guy is their special talent. Actors like Gary Oldman, the late Alan Rickman, and many others are great when it comes to playing the antagonist, or at the very least someone you don’t want to mess with.

Other actors like Anthony Hopkins and Al Pacino are versatile enough that they can play the villain or they can play someone that is actually neither good nor bad but somewhere pleasantly in-between. Hanks though has made a successful career being the guy that you want to watch because he’s simply that good of a person. From one role to the next he’s a different person and has a different set of personality traits as with any actor, but there’s always that sense that he’s a righteous person without having to say it or even show it in a big way. He might never be a perfect character since that seems as though it would typecast him in a way that would severely limit his options, but he’s almost always the kind of character that you actually want to root for. Even in Cloud Atlas you couldn’t help but root for a couple of the characters he played since he wasn’t the villain all the way through. Stefon Preston of the CheatSheet has more to say on Hanks.

It’s one thing for others to recognize this but it’s another for a person to recognize it in themselves since some people don’t want to admit that they have such limitations when it comes to their career. Tom definitely knows and acknowledges this however and seems to roll with it in the best way since he doesn’t try to be something he’s not and has made bank on the roles he’s taken throughout the years. Not fighting it has definitely paid off since he’s created some very memorable characters that are either entirely moral or are at least muddled when it comes their character, even if they aren’t particularly bad. In truth, Michael Sullivan from Road to Perdition is an easy candidate when it comes to describing a character that is morally sound but still considered to be the bad guy. Even his character in Saving Private Ryan wasn’t perfect since like the rest of his group he just wanted to go home, but he was bound to do his duty and retrieve the individual they’d been sent for. In short, Tom Hanks can play a good character, he can play a difficult character, and he can play a morally ambiguous character, but turning into the bad guy just isn’t his thing, and a lot of people are just fine with that.