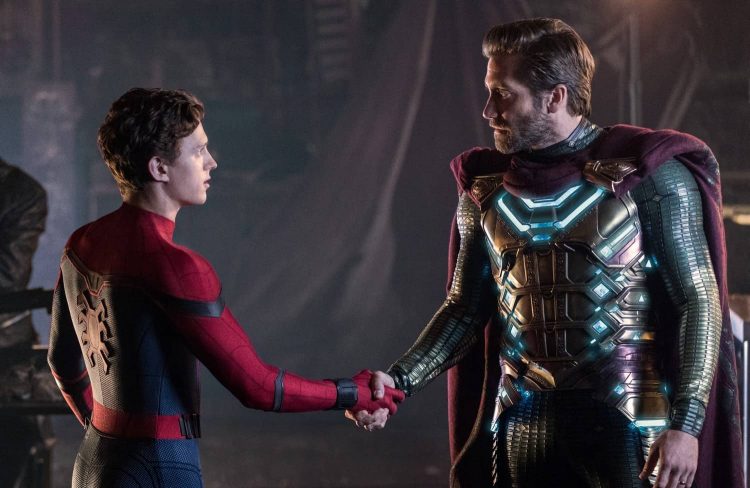 It’s easy to think that nixing Spider-Man from the MCU would have been a disaster, but thinking about Tom Holland breaking down in a pub while drunkenly speaking to Bob Iger about the matter is almost like listening to a dramatic sitcom. Kevin Burwick of MovieWeb covers this story in a good amount of detail since he goes into the idea of how Tom was devastated by the thought that Sony would be taking his character back and how this was truly something that a lot of people were not looking forward to. This happened not that long ago if you’ll remember since it was buzzing on the internet for a while and was a point of contention between Sony, who owns the rights to the character, and the MCU, who made the best use of the webslinger. Apparently Holland was a bit despondent about this and after a call from Bob Iger went on to state just how great it had been to work with him and how much he’d like to stay. Tom had this to say about the matter:

“Yeah, no I was really emotional because I felt like it was all coming to an end. I don’t know. We had a really good plan with what we were going to do with Sony. The future of Spider-Man was still very bright, but it would’ve been a shame to take him out of the MCU, you know, that’s where he belongs and we’ve built such a strong character in that world and it would’ve been a shame to lose that, but I’m just really glad that we managed to work it out.”

What might be great is if Disney and Sony could come to an agreement about the character and somehow merge their ideas without Disney taking over Sony entirely. The upcoming Venom movie would be a great way to introduce Spider-Man into the story and it would even be great to see Venom and Carnage on loan from Sony so as to keep the story rolling and make sure that both studios could make a good pile of money as a result. Whether that could ever happen since this isn’t an ideal world however is up in the air at this time and probably won’t come to pass. At the very least though it does sound as though Spider-Man and the MCU won’t be parting ways for good at this point, a fact that leaves a lot of fans able to keep some hope alive when it comes to seeing the wallcrawler gracing the big screen under the MCU logo yet again. Alex Abad-Santos of Vox has more to say on this matter. At this point though it does almost feel as though Sony and Marvel might have a kind of one-up contest coming to see just who can treat the character better and who can create a better story line. If you’re counting on Sony just keep in mind that Tobey Maguire and Andrew Garfield both had a chance to keep things going and while their acting wasn’t that bad the movies slowly but surely devolved into something that was less pleasing and more visually confusing after a while. When the trailers for a movie become more enticing than the movie itself things have definitely gone off the rails.

Maybe one of the biggest problems with Spider-Man, in fact with many comic book heroes, is the fact that so many of them have so many enemies, sometimes including one another, that trying to pin down any one movie that can be called their best and the best representation of who they are is highly subjective and is bound to be split between Sony and Marvel for as long as both are willing to take on this character. When you think about it Spider-Man has amassed a true gallery of enemies throughout the years, some that he shares with other heroes and some that are distinctive to his comic, but all of whom have had a serious grudge against the hero in one way or another. It’s been desire of many people to see villains such as Kraven the Hunter on the big screen, or even other villains that have already appeared but weren’t given the best shot at showing what they could do. Doctor Octopus, the Green Goblin, Venom, Carnage, and several others have always given the wallcrawler a hard time, but as of yet none have really been nailed perfectly and none have really made it seem as though Spider-Man was ever in any real danger, even with Spider-Man 3 showing three different villains throughout the movie. Personally I liked Sandman since he was the most convincing villain in the movie. But thanks to Tom Holland it does seem as though the MCU might keep Spider-Man on hand for a little while longer at least.