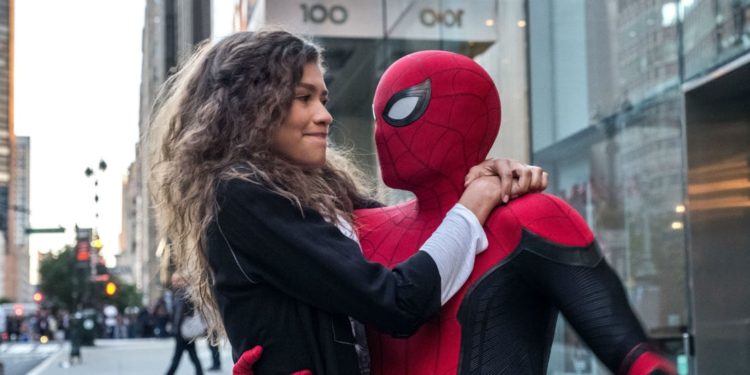 People are bound to take sides when it comes to the deal between Sony and the MCU and the fact that they’ve been sharing Spider-Man ever since Tom Holland came on the scene. From Sony’s standpoint, it’s easy to think that they might have harbored thoughts that the MCU was trying to take over and simply loan them their own IP at one point. But the fact is that Tom Holland was a relative unknown at the time of his casting and the Russo brothers thought he was just the guy to reinvigorate the Spider-Man franchise, while Sony was uncertain about the young star since they had obvious reservations about bringing in anyone else to lay the role. That’s fair to be sure, but it also means that Sony was a bit gunshy about trying anyone else out for a role that wasn’t really being given much of a chance to be what it could really be. The fact is that Tobey Maguire was still the favorite when it came to a lot of fans while Andrew Garfield never appeared to take off with the role even though he was given the spotlight for two movies. It’s equally fair to say that Sony didn’t really know what they were doing with the property and was kind of making a mockery of it at one point after what happened with Venom and then Rhino, who was turned into a throwaway character.

More and more as the Spider-Man saga goes on it sounds as though Sony is growing increasingly jealous that the MCU has managed to do more with Holland as the hero than they could do with Maguire AND Garfield. That’s kind of a shot at Sony since it does feel as though they’ve been dragging their feet, including when it came to hiring on Tom Holland since they were likely feeling the third-wheel syndrome, which they just about are in discussing Spider-Man, even though they still own the rights. One thing you’ve got to give Sony credit for though is that they did come out with a much more impressive version of Venom that blew their previous one away, and it’s a hope that Carnage will be the same. But the whole idea of not wanting to hire Holland sounds more like the type of denial that a petulant child not getting their way than a confident company that is simply trying to be careful. This was what Joe Russo had to say about the matter of hiring Holland, via MovieWeb:

“We talked with Feige at Marvel about Holland and he got excited and then we went to Sony… And they were like, ‘Let’s think about it for a minute.’ We could tell we were meeting resistance from Sony. So we brought [Holland] back, brought him back, brought him back, and we were relentless in our pursuit of jamming him down the throat of the studio who owns this IP. It came down to a fight, yet Sony just kept dragging their feet.”

Giving Sony a hard time is way too easy when it comes to Spider-Man, but it’s easy to back off since they came up with the idea of putting the wall-crawler on the big screen first. It’s a big desire to see Sony and the MCU continue to work together when it comes to this hero, but more and more it’s sounding as though Sony wants to take back the glory, hopefully with a big ‘thank you’ to the MCU for helping out so much. How this would happen though is kind of hard to say since it would almost certainly mean a big switch to the MCU, perhaps something to do with the multiverse that’s already on its way. But whatever happens, it feels as though the MCU is going to do everything they can to get the character back or keep him around to start with, since Spider-Man has become an integral part of the MCU and has pushed a couple of storylines in a big way already. But Sony won’t be letting him go that easily, since the fact is that the character is a huge draw at the box office, and with another Venom movie coming, along with a Morbius movie, it’s easy to think that Spider-Man is going to be needed. It’s still a big desire to see Sony and the MCU work together on this, so hopefully there’s something that can be done in order to make this happen. If not, then it’s likely that Spider-Man will become a hotly contested character between the two companies, and could possibly be the center of a huge controversy since it doesn’t feel as though either company would be content to just drop him from use entirely. Working together rather than against each other would be much better for business.