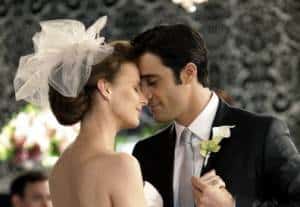 The season finale of Brothers & Sisters will be airing tonight on ABC. Luc and Sarah’s wedding date approaches, but naturally things go awry and their perfect wedding is threatened by some interruptions. A surprise guest craches the party and shakes things up for the Walker family. But, in the end, they learn a few lessons about the true meaning of family.

Below are six sneak peeks and promo photos for the season finale. There’s still no word on whether Brothers & Sisters has been renewed for another season, but we should be hearing more at the network’s Upfronts presentation later this month.