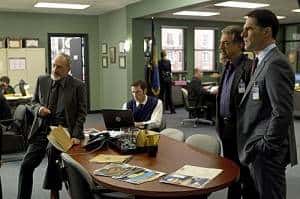 Matthew Gray Gubler has stepped behind the Criminal Minds camera once again as he directed tonight’s episode “Heathridge Manor.” The team heads to Oregon to investigate what appears to be a series of ritualistic murders; these crimes center around a now abandoned asylum that treated the criminally insane. Tonight’s guest stars are from suitably creepy previous projects; Robert Englund (A Nightmare on Elm Street) is playing Detective Gassner who is assisting the BAU and Juliet Landau (Buffy the Vampire Slayer) is taking the Drusilla approach as psychiatric patient Catherine Heathridge.

What the team find is evidence of tactics that were used during the Salem Witch Trials, including how the bodies have been dressed; what links this old asylum with this time in history? What we do know is that a brother and sister are suffering from delusions that their mother has passed on to them; these come in the form of dreams that tell them to kill. There are gothic children’s paintings to heighten the creepy and ritualistic vibe that were created by the director himself Matthew Gray Gubler and fans of Gubler’s extracurricular work will know that he is artistically inclined.

This is Gubler’s third time playing double duty; he previously directed “Mosely Lane” from season 5 and the Prentiss-centric (Paget Brewster) episode “Lauren” last year. Gubler was initially slated to direct another episode this season but it was switched to “Heathridge Manor” when it became clear that it was perfect for Gubler and he told TV Guide that Sharon Lee Watson “wrote a script that addresses everything I love about directing.” This episode will be playing with the ‘less is more’ approach and psychological factors which makes perfect sense considering the setting and Gubler says that “It’s non-gory. There’s no blood. It’s eerily cerebral. There are a lot of bells and whistles and a lot of stuff you never see on Criminal Minds.”

The end of the season will see Paget Brewster depart once again and while Gubler has yet to sign a contract for next year, hopefully these words will encourage fans that are concerned by this “I can’t imagine not coming back. It’s my family. I’m sure everything will be fine.” There is no rush to replace Brewster yet and it looks like the Criminal Minds creative team are not going to make the same mistakes when it comes to casting a full-time team member straight away.

Are you looking forward to this Matthew Gray Gubler directed episode?

Watch a sneak peek below for “Heathridge Manor.” 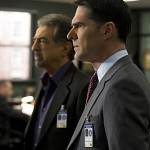 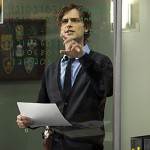 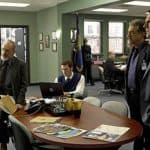 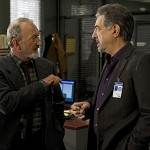 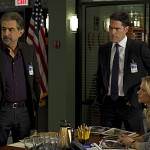